From flying rats to creepy critters, picture books to middle grade, Oni Press is happy to announce several of the highly anticipated fall 2020 titles: This is a Flying Rat, Frankie and the Creepy Cute Critters, and Wizerd! And the Potion of Dreams! Following the well-received This is a Taco and This is a Whoopsie! from creative duo Andrew Cangelose and Josh Shipley, This is a Flying Rat follows a jetpack-wearing, graffiti-painting rat. When it starts zooming around claiming pigeons and flying rats are the same thing, he’ll have to take a series of tests to prove he’s got the feathers to be in the book.

From longtime editor, Grace Bornhoft, “Cangelose and Shipley never cease to amaze me in their ability to seamlessly weave a story that’s equal parts witty, educational, goofy, and warmhearted. This Is a Flying Rat is the perfect follow up in their series of children’s books about the importance of being the author of your own story.” In Frankie and the Creepy Cute Critters from Caitlin Rose Boyle, Frankie Fairy loves to learn about creepy crawly critters in her own backyard! Now that she's at a new school, she's excited to learn even more about them! Instead, she learns that the other fairy kids in class think she's the creepy one. Is Frankie really that scary? And if she is—is that really a bad thing? Maybe her creepy crawly friends can help her figure it out! 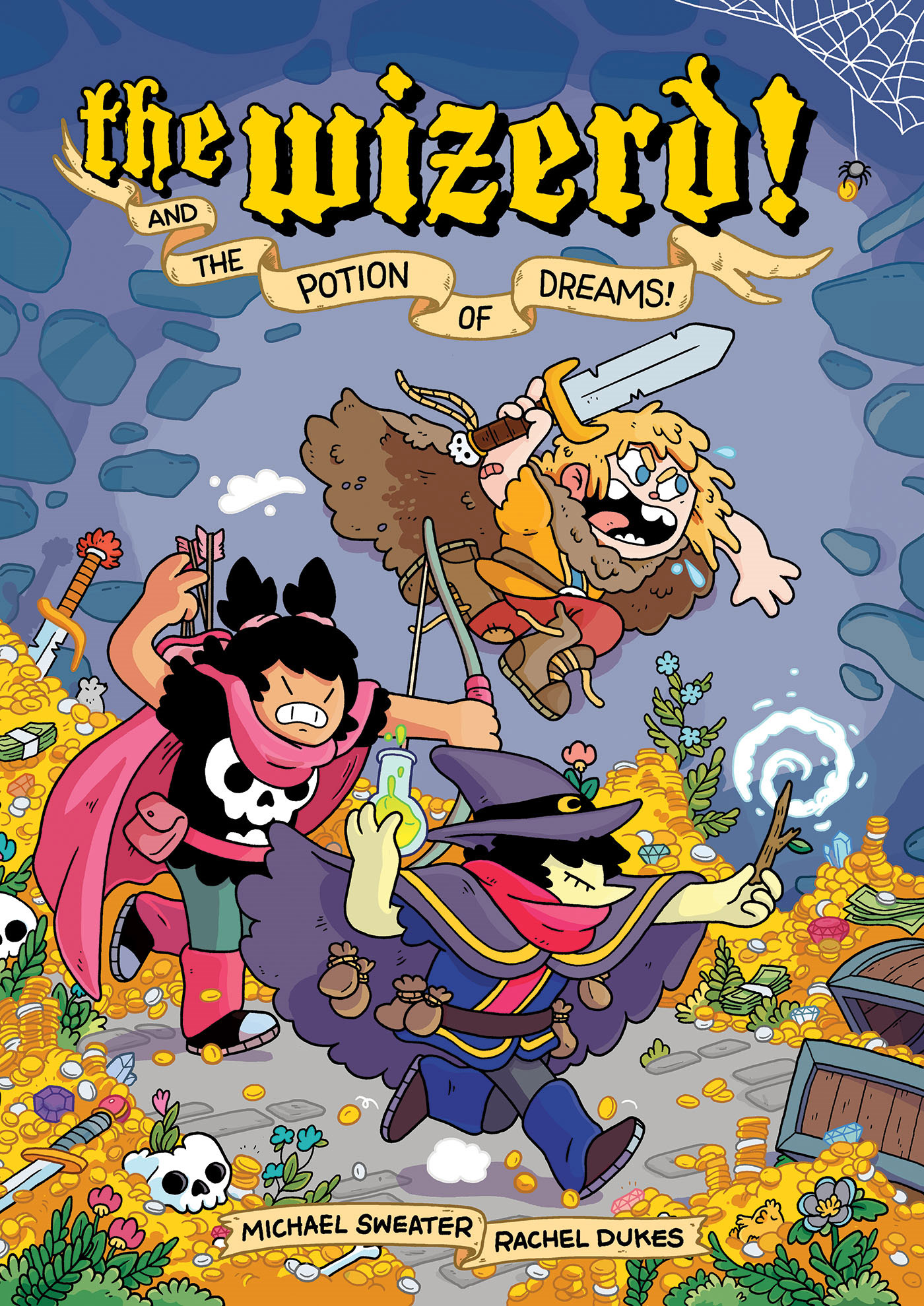 A garden-tending wizerd is dragged into the adventuring life by a small warrior princess, as they seek the ingredients of a wish-granting potion in Wizerd! And the Potion of Dreams! by Michael Sweater and Rachel Dukes. (The warrior princesses’ wish? To get big and strong — and hunky! — really hunky!) Thanks to ransacking goblins, a too-noble knight, an evil wych, and the warrior’s endless appetite, securing the potion ingredients won’t be as quick or as simple as the wizerd had hoped!

Andrew Cangelose is an elementary school principal in Kansas City. He has four children who are constantly "making" him play Legos with them.

Josh Shipley is an illustrator, designer, and animator currently living in Kansas City. He has two sons who help push him to tell better stories, keep his illustration skills top notch, and remind him to always (and they mean ALWAYS) keep his silliness silly.

Caitlin Rose Boyle grew up admiring all sorts of creepy critters in rural southern Maryland. When she isn't drawing comics, she's working as a storyboard revisionist in the animation industry. She lives in Los Angeles, CA with an extensive collection of houseplants.

Michael Sweater has worked for Cartoon Network and draws a lot of comics for grown ups. He is currently being held hostage by his wife and cats in the beautiful mountains of northwest Arkansas. Send help.

Rachel Dukes hails from San Diego, California. A graduate from The Center for Cartoon Studies, she works as a cartoonist and illustrator and is the creator of the cat-centric webcomic Frankie Comics. Her work has also appeared in several anthologies, including Beyond, Oath, Bottoms Up, As You Were, and Tim'rous Beastie. Clients include Brain Quest, College Humor, BOOM! Studios, Lion Forge Comics, and The Nib, among others. Rachel lives in Los Angeles. She is thankful for coffee, gingham, and readers like you.