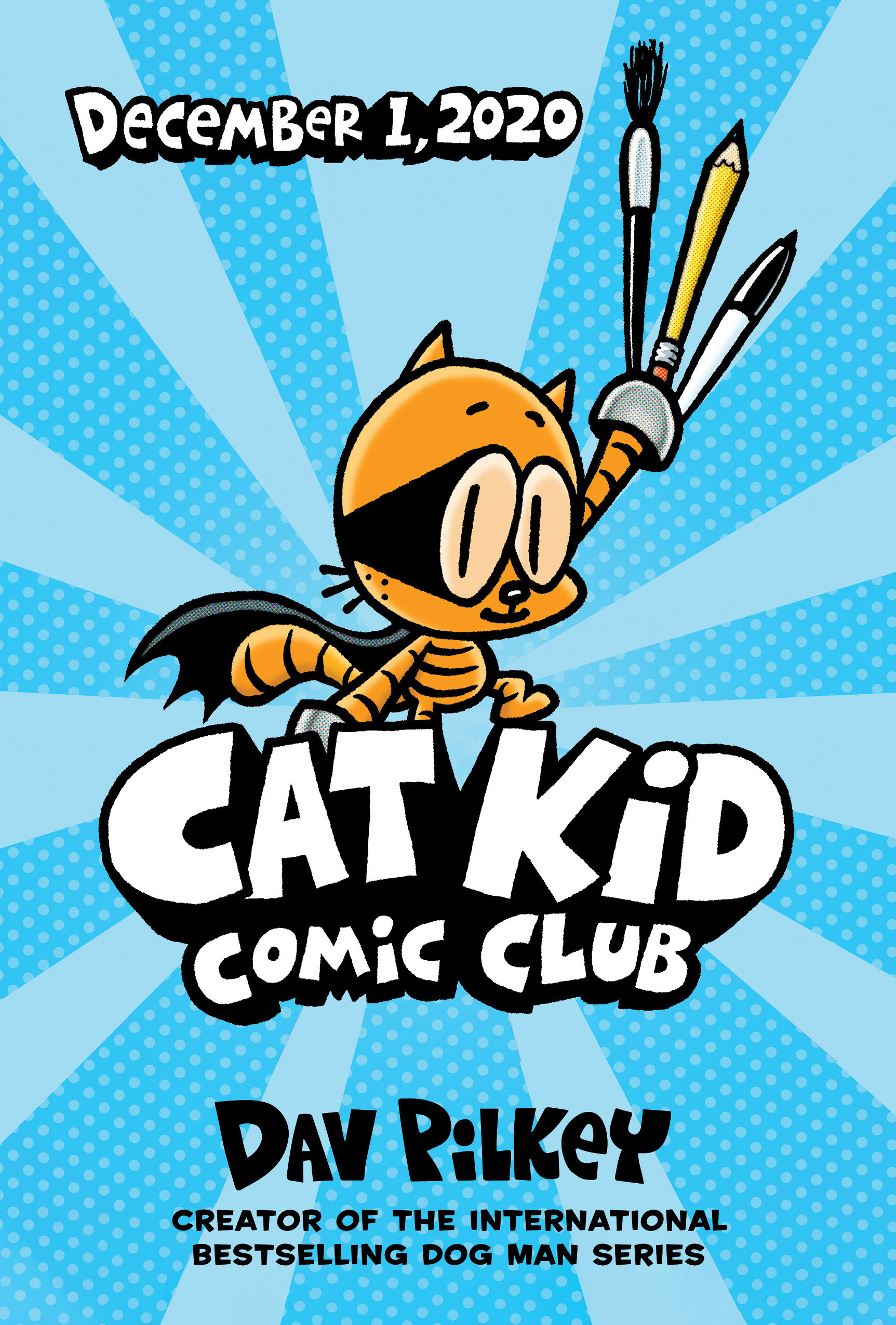 Scholastic, the global children’s publishing, education and media company, today announced that it will launch Cat Kid Comic Club, an all-new graphic novel series by Dav Pilkey, author and illustrator of the worldwide bestselling Dog Man series. Cat Kid Comic Club, a groundbreaking graphic novel that celebrates creativity and friendship, will be published worldwide in hardcover on December 1, 2020. The launch of this new series marks Dav Pilkey’s thirty-four years of publishing bestselling and award-winning books for children in various formats all with his trademark humor and heart. His phenomenally popular Captain Underpants series which launched more than twenty years ago has more than 90 million copies in print and helped to establish the illustrated chapter book category. The Adventures of Super Diaper Baby, Pilkey’s first graphic novel published in 2002, was an instant national bestseller. Pilkey was awarded a Caldecott Honor in 1997 for his picture book The Paperboy.

Pushing the boundaries of visual storytelling with elements of comics, photography, painting, claymation, and film animation to tell one cohesive story, Cat Kid Comic Club is the first book in a new graphic novel series featuring Pilkey’s fan favorite character Li’l Petey who, along with friends Flippy the Fish and Molly, try to teach twenty-one baby frogs how to create their own comics. As the story unwinds with mishaps and hilarity, kids and families reading together will unleash their own creativity, learn different art forms and approach to storytelling, and see the progress, mistakes, and improvements that come with practice and persistence. The engaging style of Pilkey’s graphic novels devoured by readers around the world is intended to encourage uninhibited creativity in kids and artists of all ages. His semi-autobiographical stories explore universal themes that celebrate friendship, empathy, and the triumph of the good-hearted.

Author and illustrator Dav Pilkey said, “I wanted to create a new storyline for Li’l Petey, a character in the Dog Man series who is based on my mom and who embodies love, optimism, and hope. In Cat Kid Comic Club, Li’l Petey keeps his promise to his best friend Molly that they will teach everyone how to make comics. Together with their new friends, Li’l Petey and Molly make mistakes but with practice and persistence, they learn and become better artists. My hope is that kids everywhere are inspired to write their own stories, appreciate different ways of thinking and approaching art, and feel empowered to be creative.”

In making the announcement, Ellie Berger, President, Scholastic Trade, said, “Dog Man has become a beloved friend of children around the world and as we all look forward to the new Dog Man book this September, we are thrilled to share the news of another new Dav Pilkey graphic novel just in time for the holidays. Dav Pilkey is a brilliant author and illustrator and with Cat Kid Comic Club, Dav has created a masterful new adventure that will encourage and inspire readers and artists of all ages to always be creative.”

Dav Pilkey’s most recent graphic novel, Dog Man: Fetch-22, was the #1 bestselling book overall in the U.S. (children’s and adult books combined) for four straight weeks. Published in December 2019 with a five million copy first printing, Fetch-22 debuted at the #1 spot on the USA Today, Wall Street Journal, New York Times, and Publishers Weekly bestseller lists and continues to dominate bestseller lists around the U.S. and worldwide. The next Dog Man book, Dog Man: Grime and Punishment, will be released on September 1, 2020, to be followed by the next installment in spring 2021. Since the first Dog Man book launched to multiple starred reviews in Fall 2016, the series has more than 30 million copies in print to date with 38 foreign language editions available. His Captain Underpants series has been adapted into more than 28 languages, released as a feature film by DreamWorks as well as an original TV series currently streaming on Netflix. In 2019, Dav Pilkey was named one of Fast Company magazine’s “Most Productive People.” Publishers Weekly named him “Person of the Year” and said, “Pilkey is doing more to excite kids about reading than any author since J.K. Rowling."