The PREVIEWS catalog is filled with kid friendly titles every month, perfect for kids of all ages.

Take a look below and pre-order your favorites now at your local comic shop!

Download our September Kids Comics Order Form for everything now available to preorder. 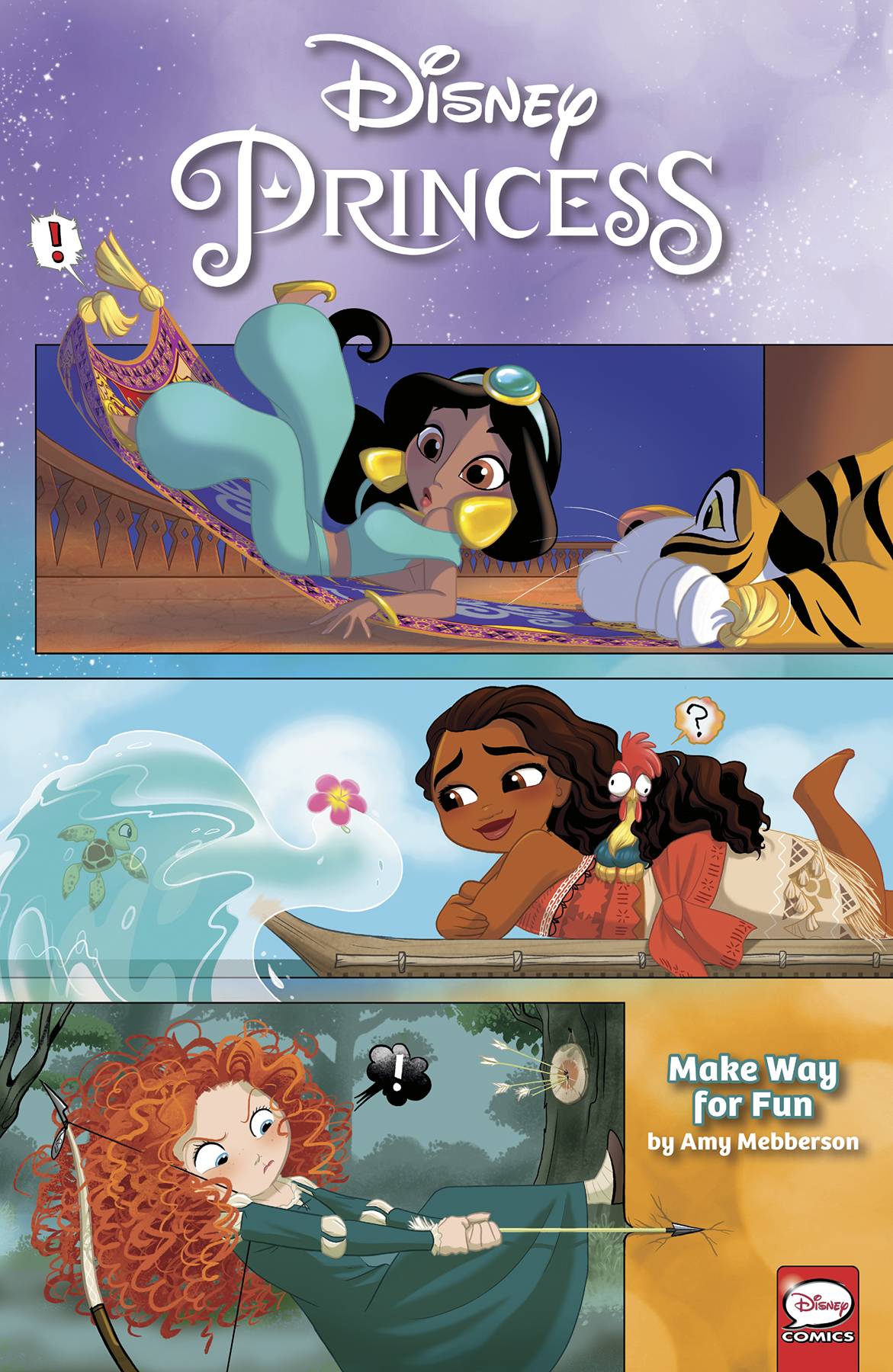 SEP200313
(W) Amy Mebbersion (A/CA) Amy Mebbersion
A collection of all-new, original, humorous, and heart-filled short comics stories featuring all the Disney Princesses! It's never a dull time with the Disney Princesses! Get ready to dive into heaps of fun and entertainment! Includes infographics for you to "meet" the princesses featured on the cover!

SEP200492
(W) Evan Stanley (A) Evan Stanley (CA) Aaron Hammerstrom
Please keep your arms and legs inside the ride at all times, this is going to be a bumpy one! Rogue calls on Sonic and Tails for backup after the appearance of a hooded villain at White Park. The recently-revealed shadowy figure from Eggman's base tags along, but can they really be trusted? All will be revealed in "Chao Races and Badnik Bases," part three!
In Shops: Nov 25, 2020
SRP: $3.99
PREVIEWS Page #124
MARVEL ACTION AVENGERS TP BOOK 05 OFF THE CLOCK
IDW PUBLISHING 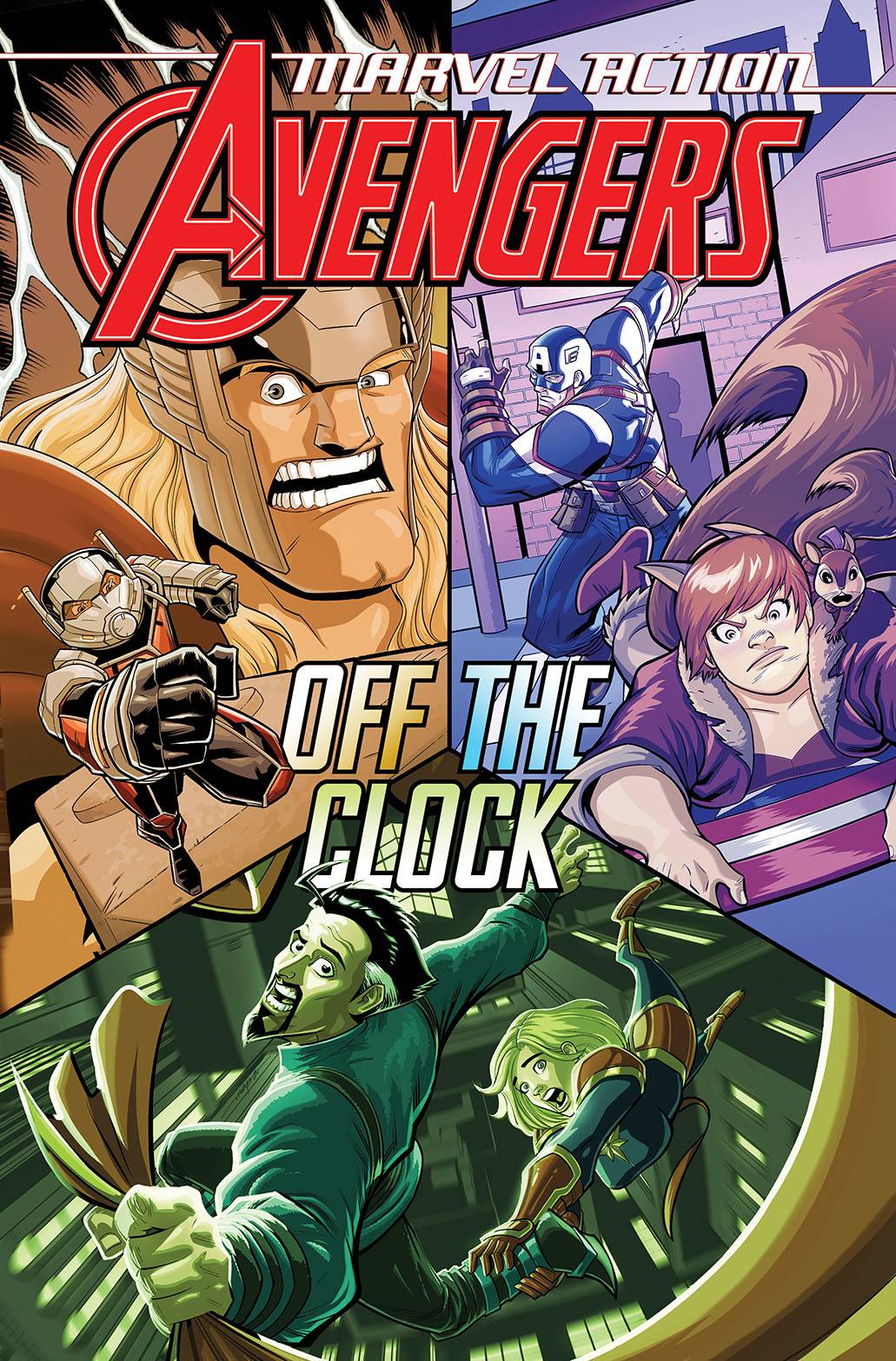 First, in order to stop Loki's newest scheme, Thor and Ant-Man go...antiquing? Then, while visiting an elementary school, Captain America runs into the nefarious Trapster! With scores of children in peril, Cap must rely on the aid of none other than Squirrel Girl! And, after Thor and Cap's difficulties, find out what the rest of the Avengers are up to on their day off! Chaos reigns as a fiendish villain makes off with one of Dr. Strange's most powerful artifacts!
In Shops: Jan 27, 2021
SRP: $9.99
PREVIEWS Page #127
ARANA HERE COMES THE SPIDER-GIRL GN-TP
MARVEL COMICS 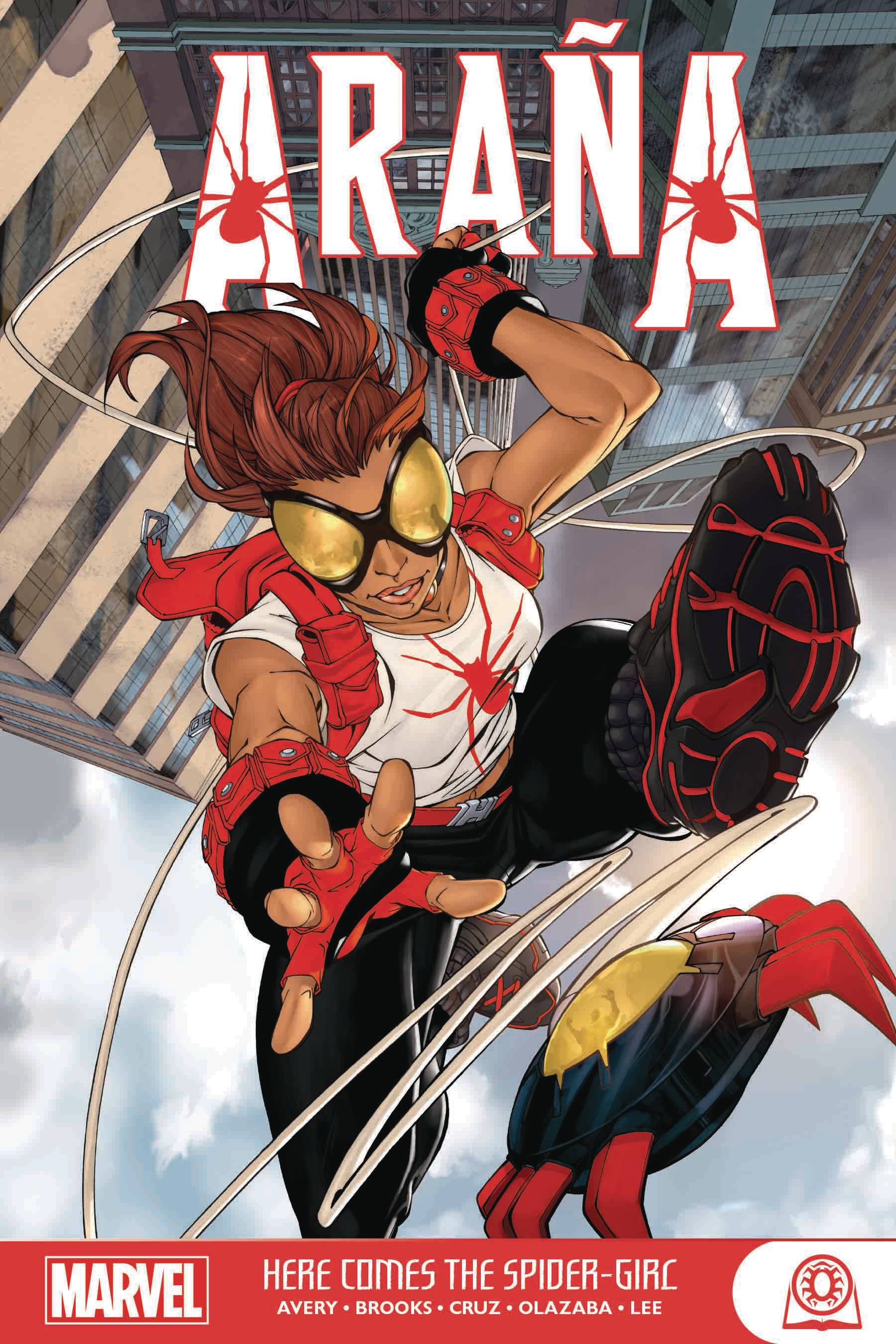 SEP200755
(W) Fiona Kai Avery (A) Roger Cruz (A/CA) Mark Brooks
Out of the pages of AMAZING FANTASY comes a spectacular hero! She's a wall-crawler for a whole new generation: Anya Corazon, A.K.A. Araña! When scrappy Brooklyn high school student Anya accidentally crosses paths with the mystical Spider Society, she finds herself empowered with a magical tattoo that generates a strange armored exoskeleton - and grants her amazing powers! But as Araña gets more and more involved with the Spider Society, she learns of their ancient, hidden war against a ruthless enemy. Will Araña become a Hunter? Can she keep her father, an inquisitive reporter, from learning the truth? And what happens when her brand-new archenemy transfers into her school?! Meet the modern marvel with the heart of the spider! Collecting AMAZING FANTASY (2004) #1-6 and ARANA #1-6.
280 PGS./Ages 10 & Up
In Shops: Dec 02, 2020
SRP: $12.99
MARVEL PREVIEWS Page #116
X-MEN GN-TP EVOLUTION
MARVEL COMICS 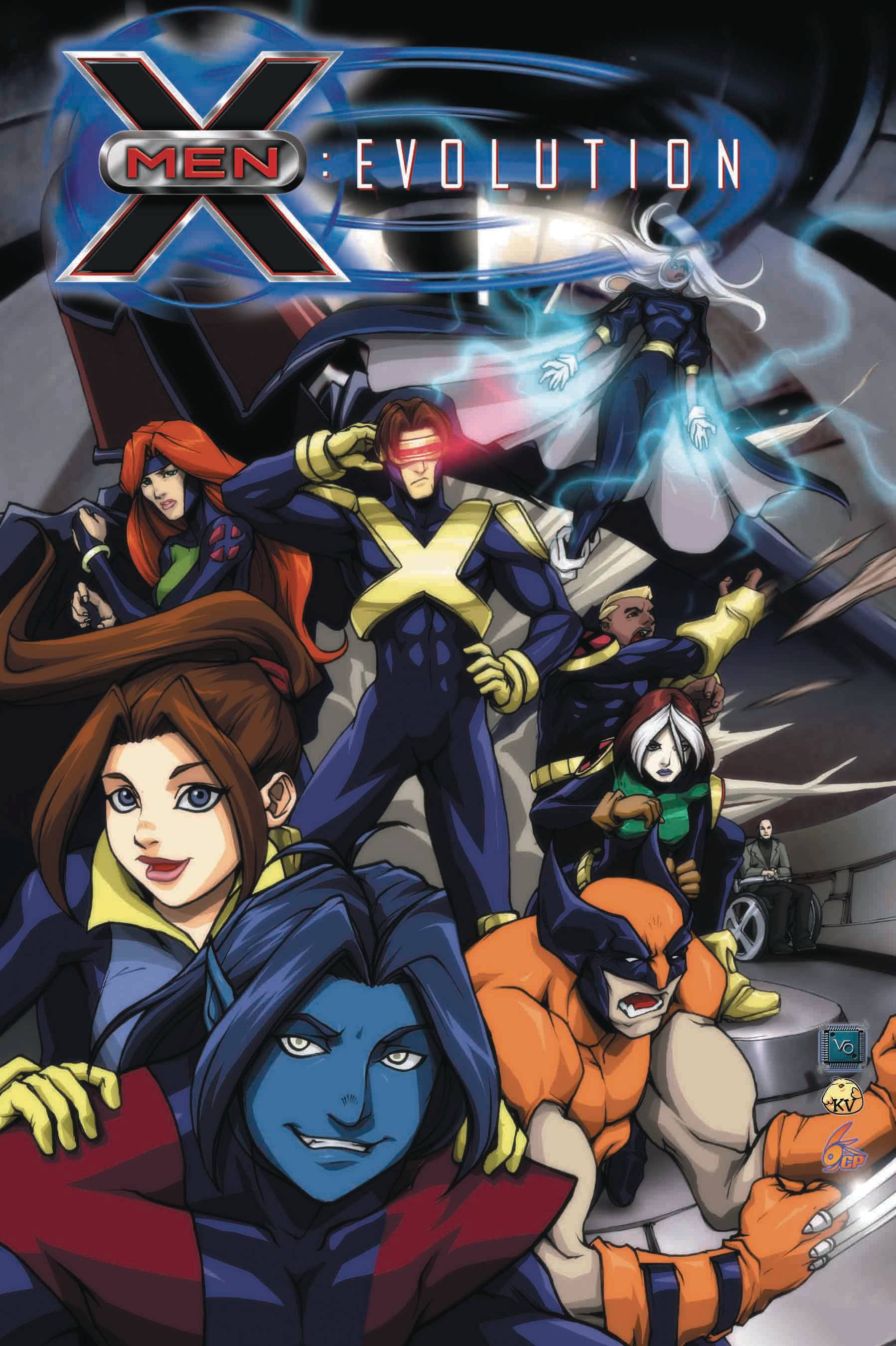 SEP200754
(W) Devin Grayson, Jay Faerber (A) J.J. Kirby (A/CA) Udon Studios
Celebrate twenty years of EVOLUTION with the complete comic book adventures of the Bayville squad! Twenty years ago, the animated series X-MEN: EVOLUTION reinvented the Children of the Atom for a whole new generation - recasting many of Marvel's merry mutants as teenagers who attend Bayville High School at the same time as training to protect a world that hates and fears them! With Professor X, Wolverine, Storm and Beast for teachers, Cyclops, Jean Grey, Nightcrawler, Rogue and Kitty Pryde are joined by new sensation Spyke - but will the toad-like Todd Tolanski make the grade? Will Fred Dukes be the big man on campus? And is a mystery mastermind pulling everyone's strings? The X-Men meet their match in the Mimic - and make way for new recruits including Iceman, Cannonball, Sunspot, Wolfsbane, Multiple Man and Boom-Boom! Collecting X-MEN: EVOLUTION #1-9.
216 PGS./Ages 10 & Up
In Shops: Dec 16, 2020
SRP: $12.99
MARVEL PREVIEWS Page #116
MEGA MAN FULLY CHARGED #4 CVR A MAIN
BOOM! STUDIOS 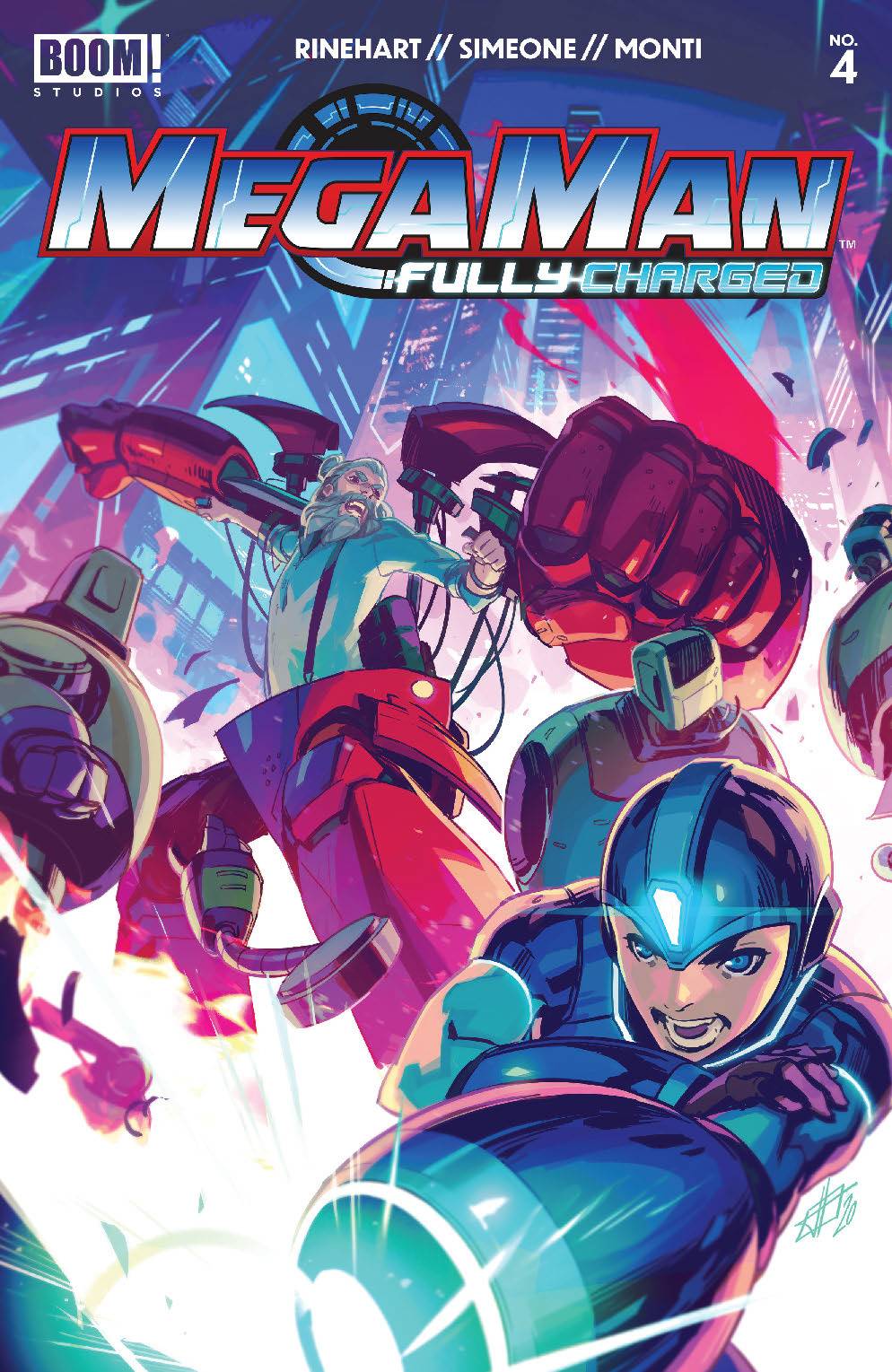 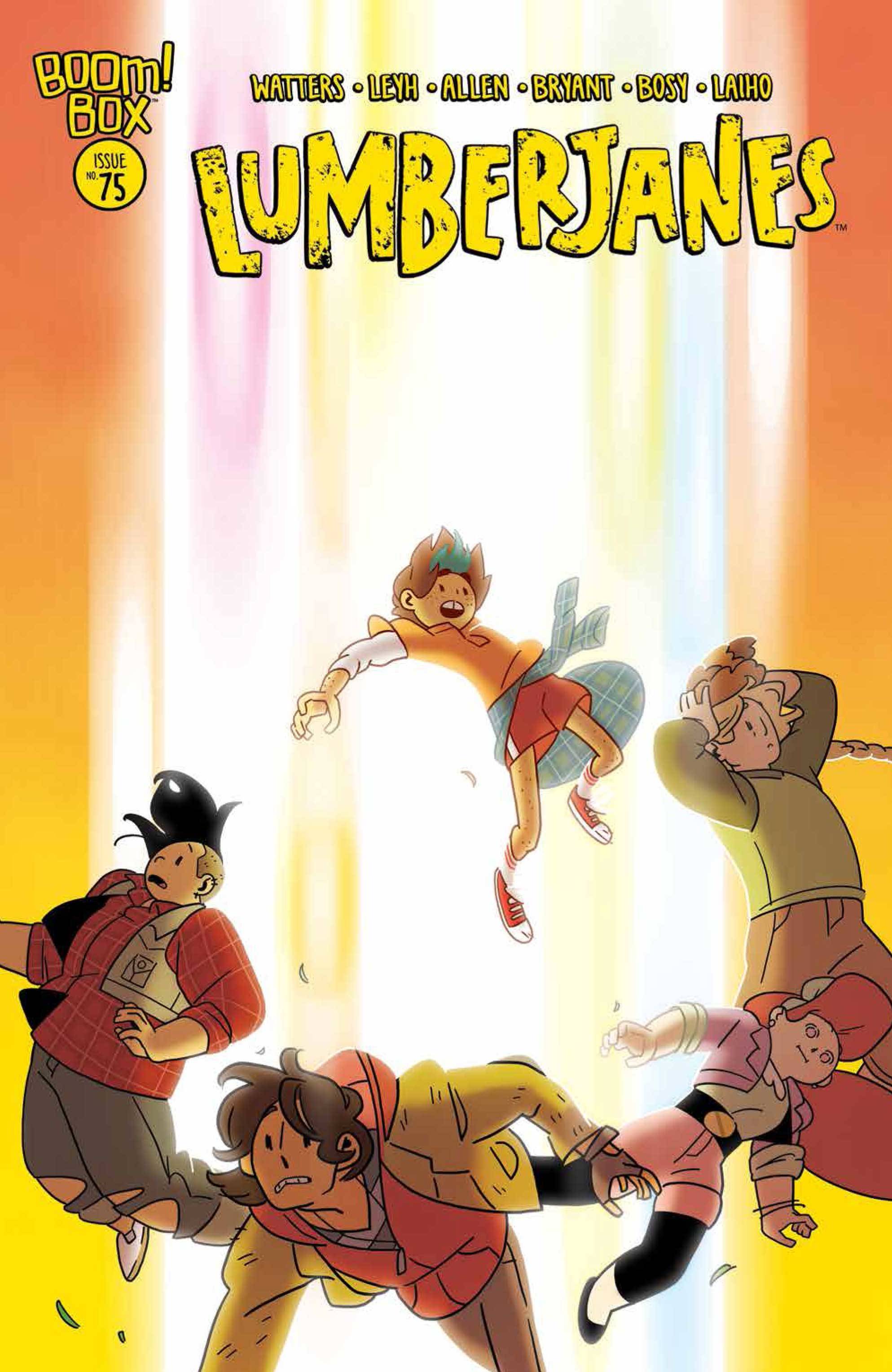 SEP200967
(W) Shannon Watters, Kat Leyh (A) Kanesha C. Bryant, Julia Madrigal (CA) Kat Leyh
* END OF SUMMER Part Three!
* Co-Creator & original series artist Brooklyn Allen returns!
* With the campgrounds and cabins of Miss Qiunzella's camp full to bursting with scared campers, cryptids, and literal wild animals, time is running out to save themselves from the Grey!
* With camp director Rosie and Bearwoman Nellie losing control of themselves, and Diane off searching for godly help on Mount Olympus, the rest of the mortal Lumberjanes are the last hope to save their home-away-from-home!
In Shops: Nov 18, 2020
SRP: $6.99
PREVIEWS Page #192
ARCHIE & FRIENDS FALL FESTIVAL #1
ARCHIE COMIC PUBLICATIONS 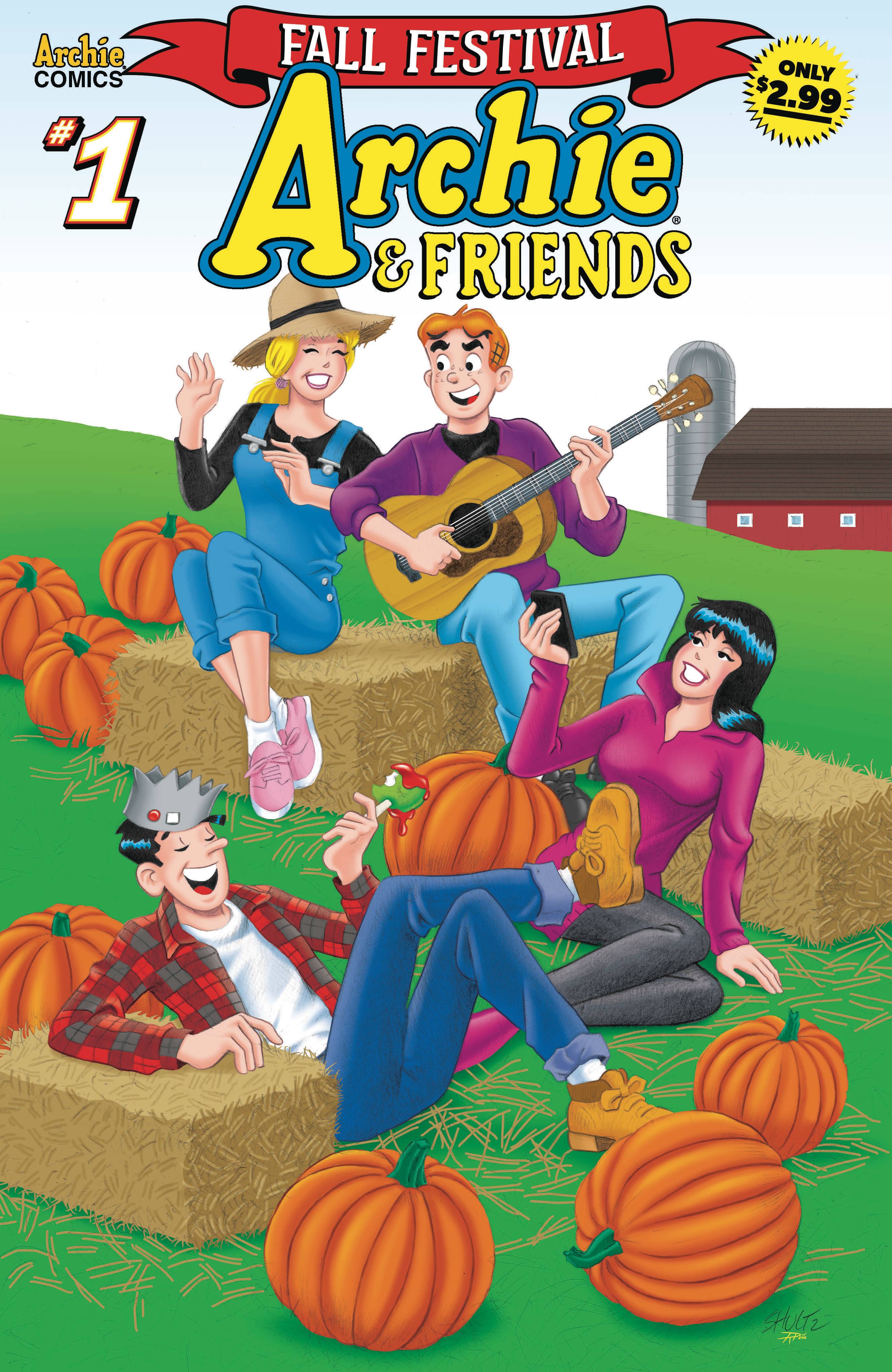 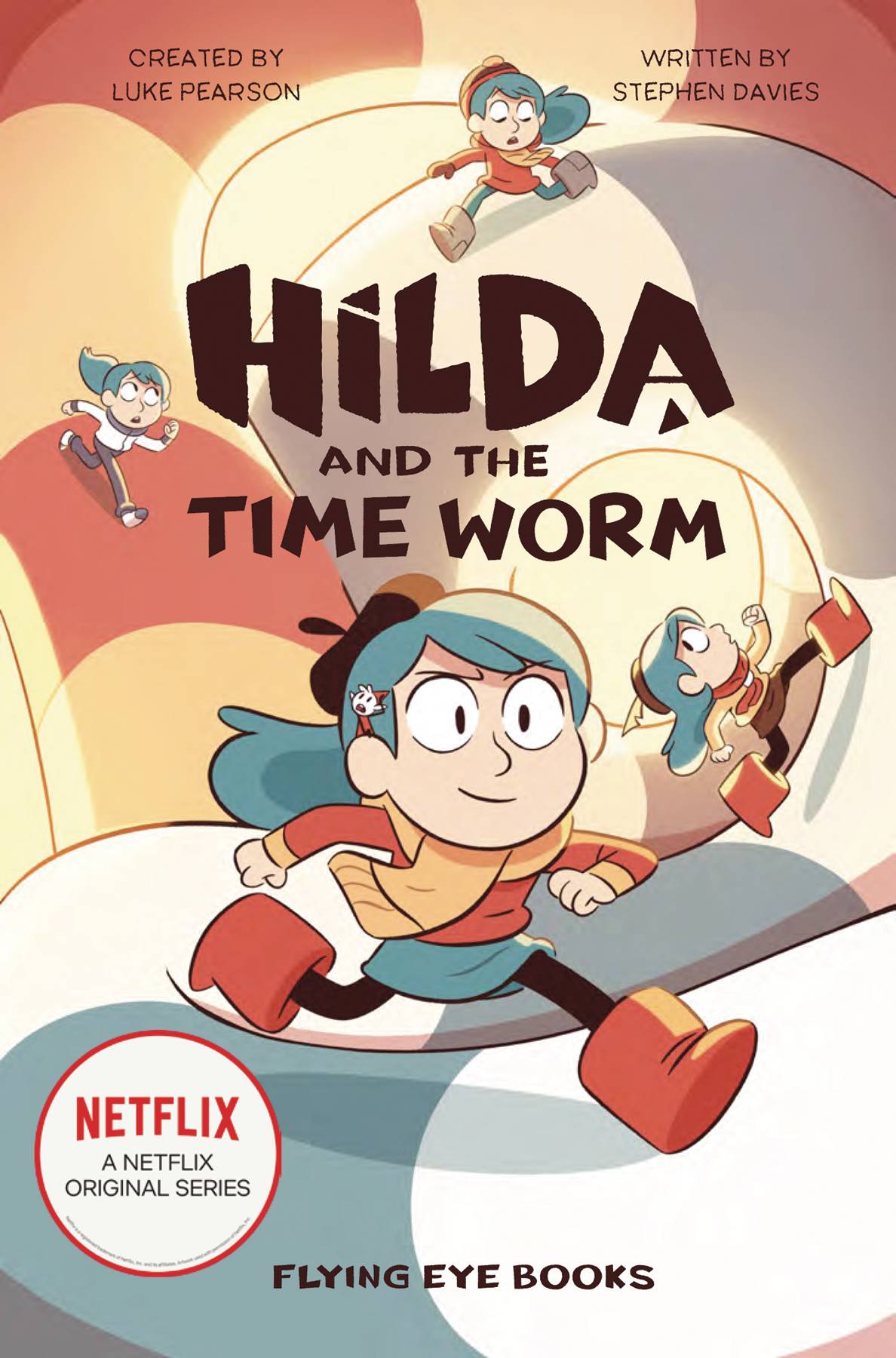 SEP201348
(W) Stephen Davies, Luke Pearson (A/CA) Victoria Evans
Based on the hit Netflix series, join Hilda and Twig for more hilarious adventures in the fourth volume of the illustrated fiction series. Hilda follows the journey of a fearless blue-haired girl as she travels from her magical home in the wilderness, filled with elves and giants, to the bustling city of Trolberg. Here, she makes new friends and discovers mysterious creatures who are stranger - and sometimes more dangerous - than she ever expected.
In Shops: Nov 04, 2020
SRP: $10.99
PREVIEWS Page #281
SPLATOON SQUID KIDS COMEDY SHOW GN VOL 02
VIZ MEDIA LLC 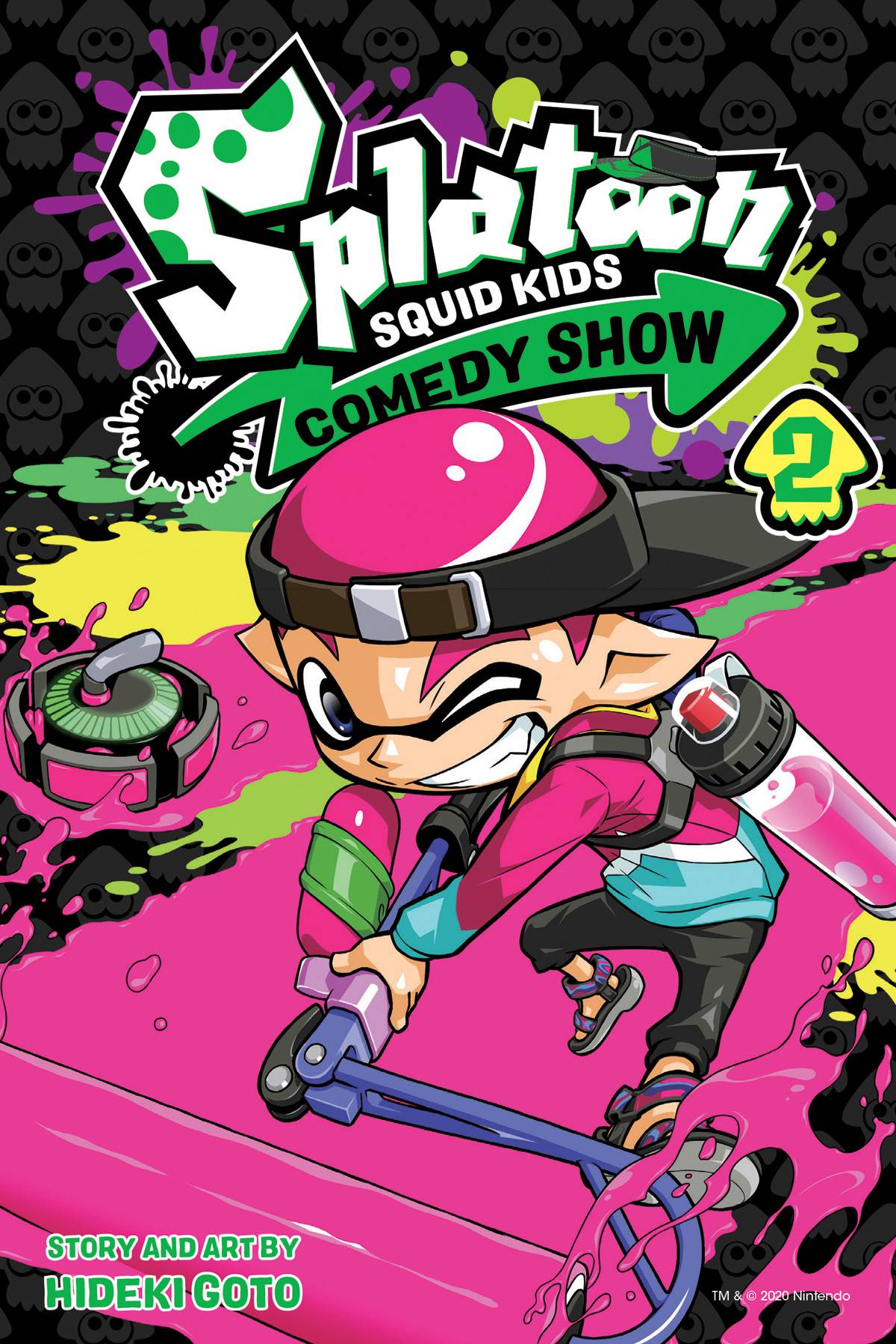 SEP201720
(W) Akira Aoki (A/CA) Akira Aoki
Set during an era when the Galactic Empire is hunting down the last of the Jedi, a fledgling rebellion against the Empire begins to take form. Star Wars Rebels takes place in the area surrounding the planet Lothal, where the Galactic Empire battles against Ezra, a teenage con artist with latent force abilities, Kanan, one of the last surviving members of the Jedi Order, and the rest of the ragtag Rebels on board the starship Ghost.
For readers ages 12 and up.
In Shops: Nov 04, 2020
SRP: $13.00
PREVIEWS Page #370