Each month, the PREVIEWS catalog is filled with kid friendly titles, perfect for kids of all ages. In the new November PREVIEWS you can look for young reader comics like Marvel Action: Captain Marvel, Power Rangers: Drakkon New Dawn, Pokemon: Sun and Moon, and more! To see all the kids comics and books available to pre-order now download our November Kids Comics Order Form.

Take a look at just some of the featured kids comics below and make sure to pre-order your favorites now at your local comic shop! 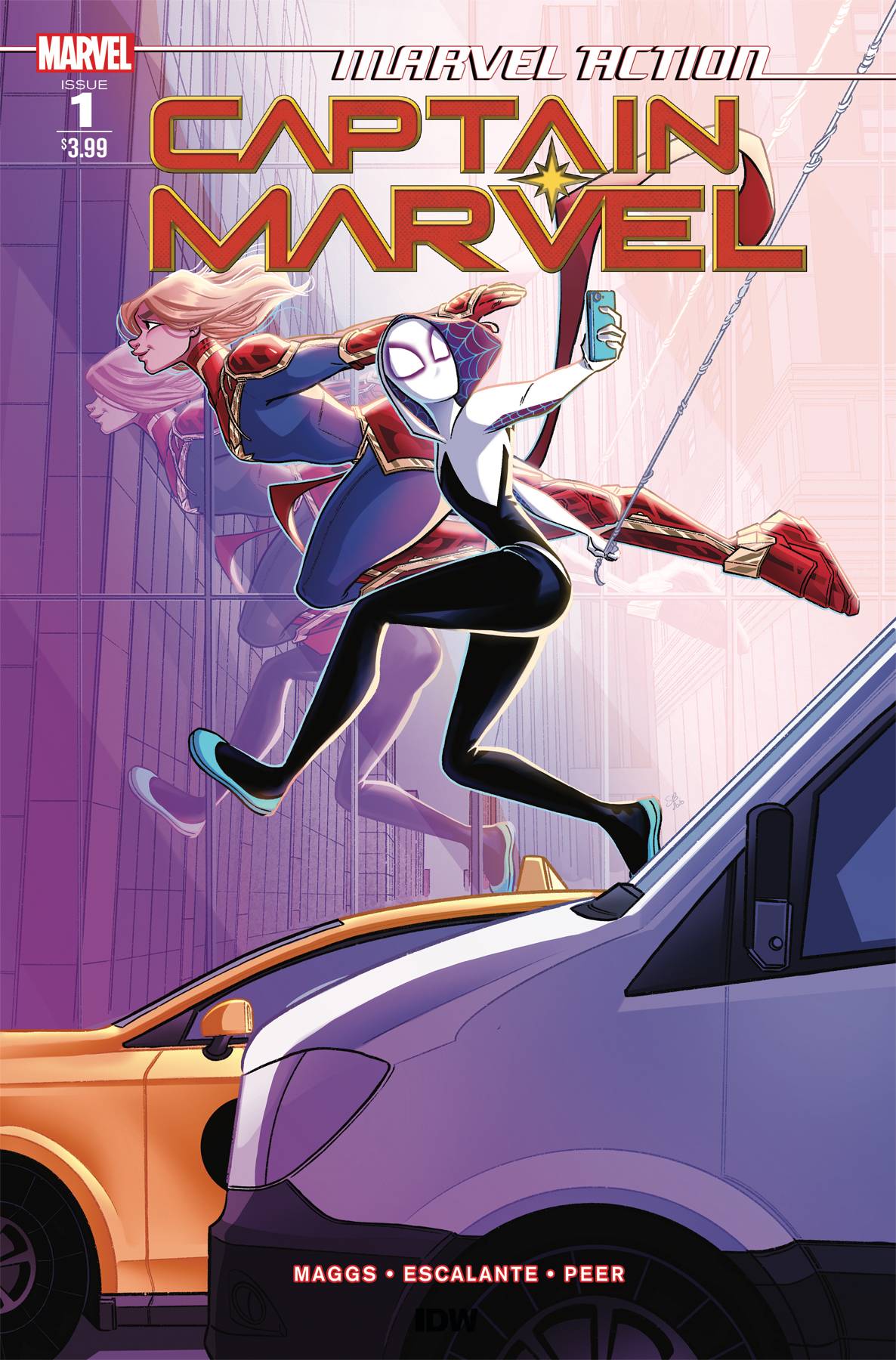 NOV200394
(W) Sam Maggs (A) Isabel Escalante (CA) Sweeney Boo
Jump back into action with the strongest Avenger in a brand-new storyline!

Carol Danvers, a.k.a. Captain Marvel, is trying her best to enjoy some well-deserved downtime in New York City-but when Gwen Stacy, a.k.a. Ghost-Spider, introduces her to the latest internet craze, an app called ClikClok, things get a little crazy!
In Shops: Jan 27, 2021
SRP: $3.99
PREVIEWS Page #104
MS MARVEL GN TP ARMY OF ONE
MARVEL COMICS NOV200649
(W) G. Willow Wilson (A) Takeshi Miyazawa, More (CA) Cliff Chiang
Ms. Marvel is joining the big leagues! Look out, world - Kamala Khan is an Avenger! But is she really cut out to be one of Earth's Mightiest Heroes? Jersey City still needs its protector, and a development company that co-opted Ms. Marvel's face for its project has more in mind for gentrification than just real estate! Meanwhile, who's that spending time with Bruno? And when Kamala creates an army of automatons to help her fight crime, will she learn that too much Ms. Marvel is actually a bad thing? Then, as the superhuman CIVIL WAR II brews, young Avengers Spider-Man, Ms. Marvel and Nova have bigger things to worry about - like a tristate academic competition! But when Kamala gets called to the real battle's front line, she'll learn a valuable lesson: Never meet your idols! Collecting MS. MARVEL (2015) #1-12. 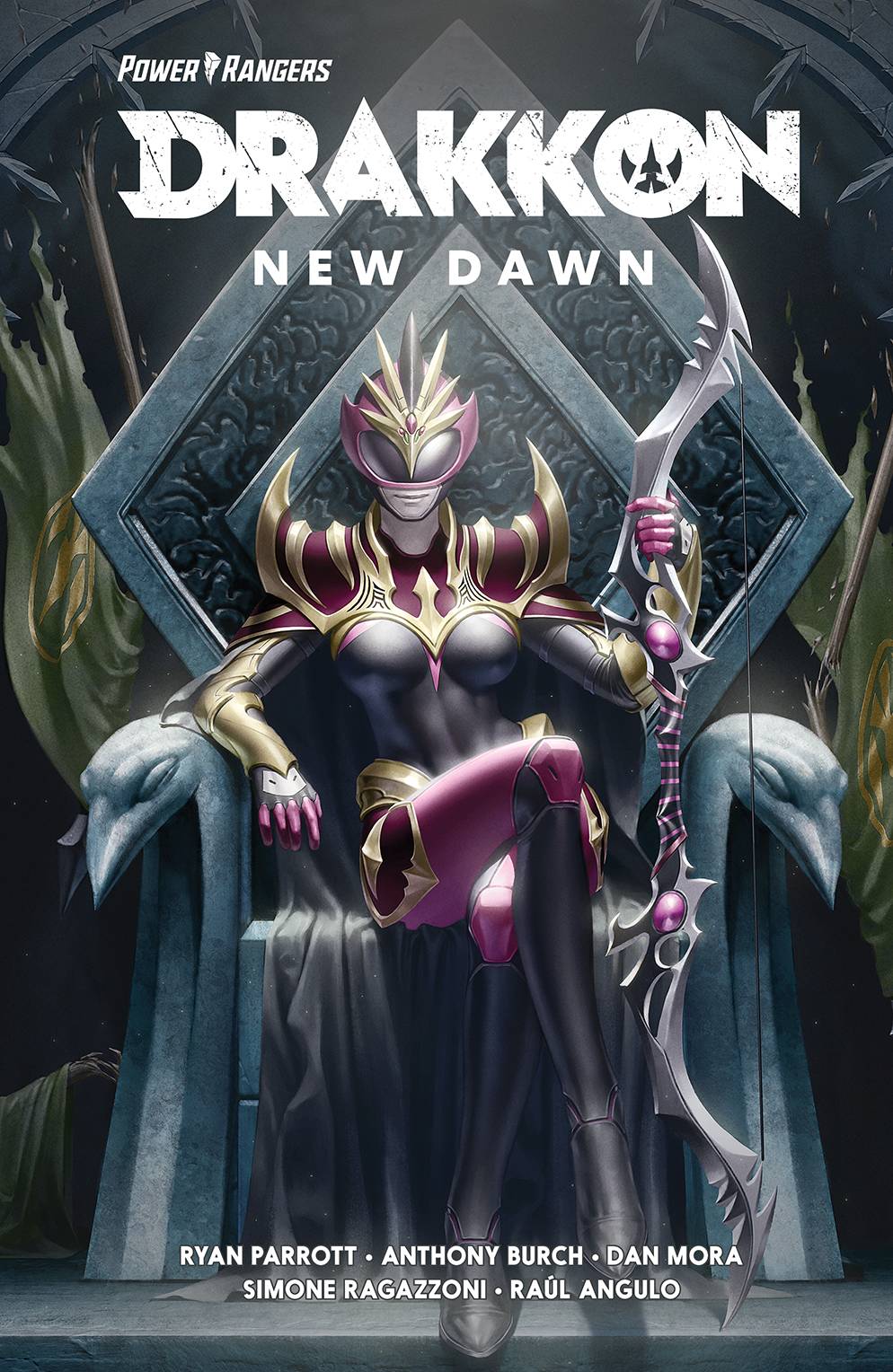 NOV200912
(W) Ryan Parrott, Anthony Burch (A) Dan Mora (CA) Jung-Geun Yoon
* The Ranger Slayer, an alternate universe version of Kimberly Hart, returns to her home dimension to pick up the pieces left behind in the wake of Lord Drakkon's reign, becoming the thing she hates most - the new ruler of her world sitting on Drakkon's throne.
* But an even deadlier threat sets its sights on Earth - and Kim won't be able to defeat it on her own!
* Collects Power Rangers: Ranger Slayer #1 and Power Rangers: Drakkon New Dawn #1-3.
In Shops: Mar 17, 2021
SRP: $19.99
PREVIEWS Page #170
BETTY & VERONICA FRIENDS FOREVER WINTERFEST #1
ARCHIE COMIC PUBLICATIONS NOV201071
(W) Various (A) Various (CA) Dan Parent
While the air is chilly stay warm inside and get cozy with this collection of Betty and Veronica's winter adventures! From snowy 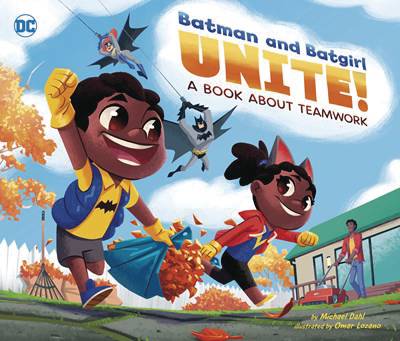 NOV201198
(W) Michael Dahl (A/CA) Omar Lozano
Batman and Batgirl are two of the world's greatest super-heroes. They have the brains, tools, and talent to take down Gotham City's most dangerous bad guys. But what's their most powerful skill of all? Teamwork! In this addition to the best-selling DC Super Heroes picture book series, join Batman and Batgirl as they demonstrate the importance of working together.
In Shops: Jan 06, 2021
SRP: $17.95
PREVIEWS Page #235
STAR WARS GALACTIC STORYBOOK HC
DISNEY LUCASFILM PRESS 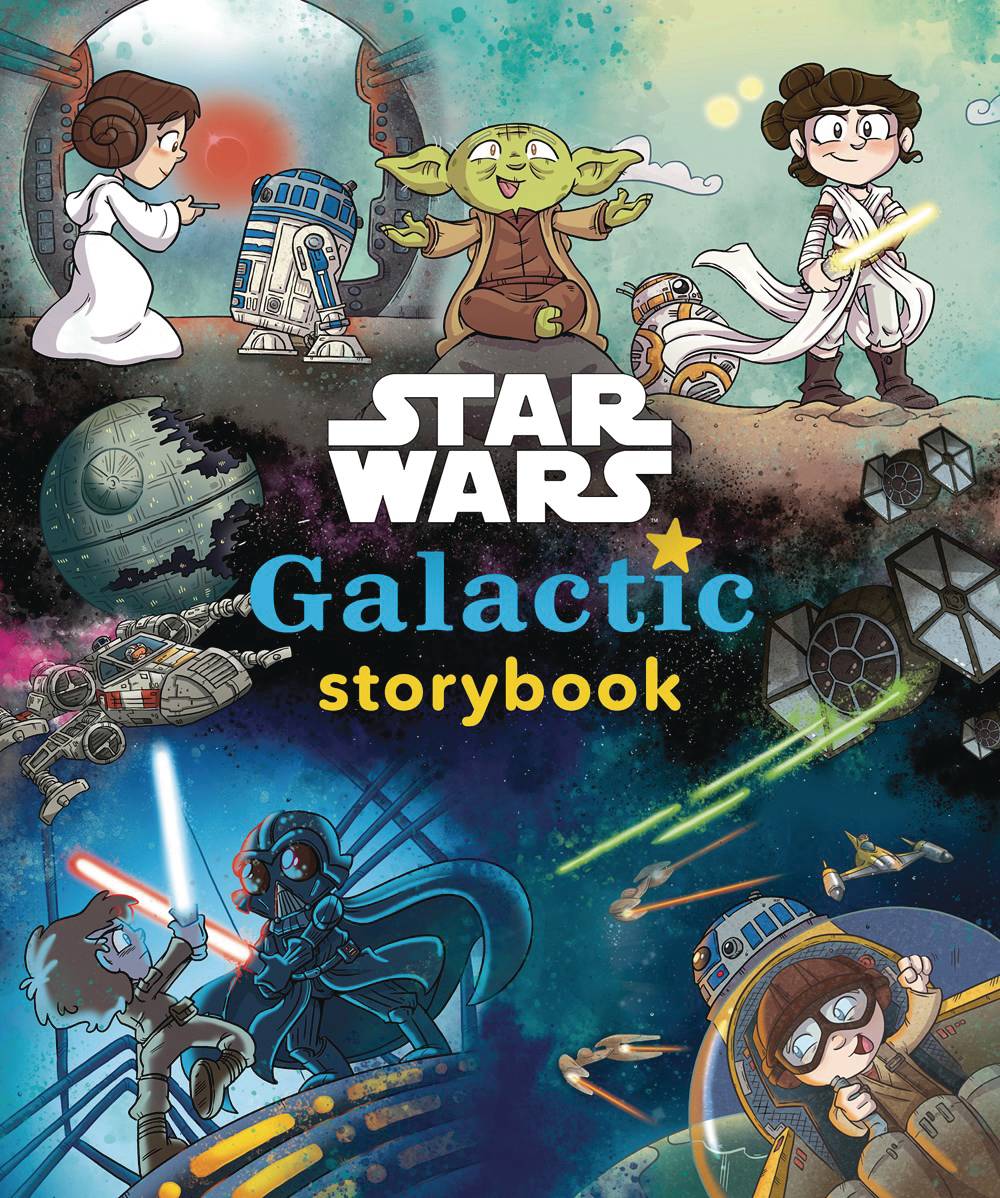 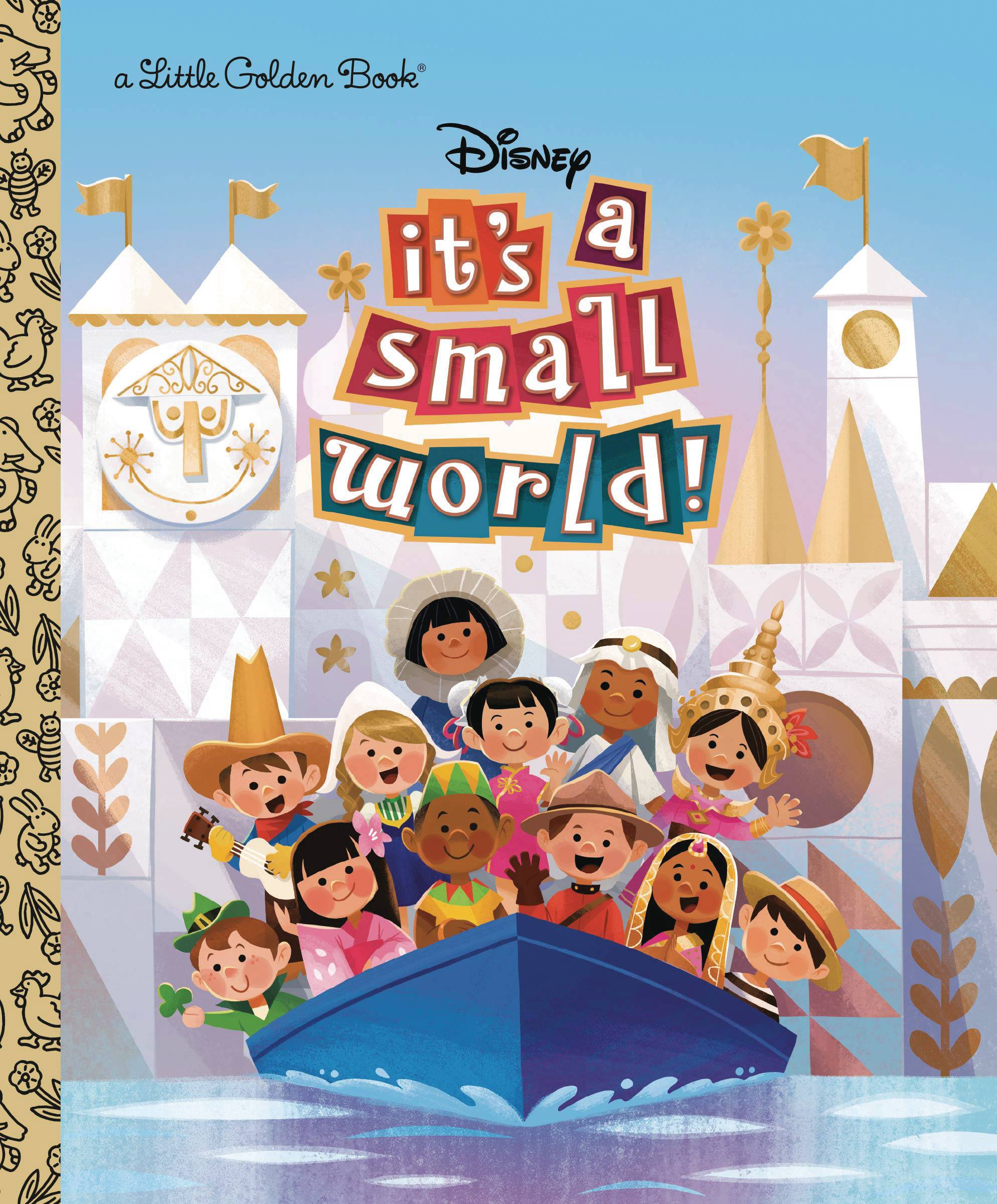 NOV201362
Travel our small world the Disney way in this beautifully illustrated Little Golden Book! From the Eiffel Tower to the Egyptian Pyramids and the Taj Mahal, readers can experience Disney Parks' famous "It's a Ssmall World" attraction like never before in this storybook. Perfect for Disney and Little Golden Book fans of all ages, this book will be available for the attraction's 55th anniversary in 2021!
In Shops: Jan 06, 2021
SRP: $5.99
PREVIEWS Page #255
POKEMON SUN & MOON GN VOL 09
VIZ MEDIA LLC 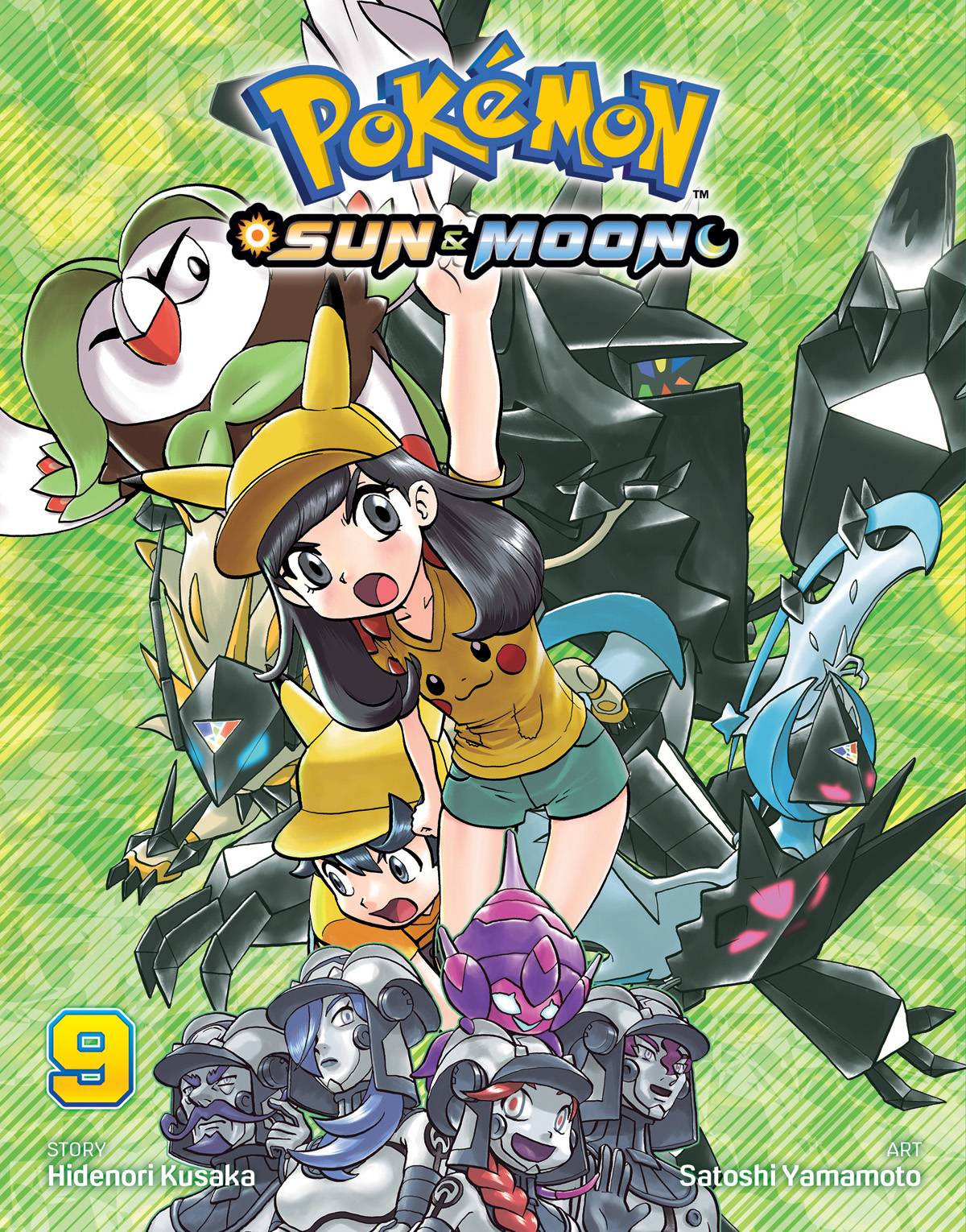 NOV201761
(W) Hidenori Kusaka (A/CA) Satoshi Yamamoto
Sun and Moon are stranded in Ultra Space, home of the Ultra Beasts! Worse, they've lost Legendary Pokémon Lunala! Who can they trust in this alternate dimension...? Things look dark for everyone-especially in Ultra Megalopolis, the city that has lost its light!
Will our heroes ever get home?
For all ages.
In Shops: Jan 13, 2021
SRP: $4.99
PREVIEWS Page #359
SPLATOON MANGA GN VOL 11
VIZ MEDIA LLC 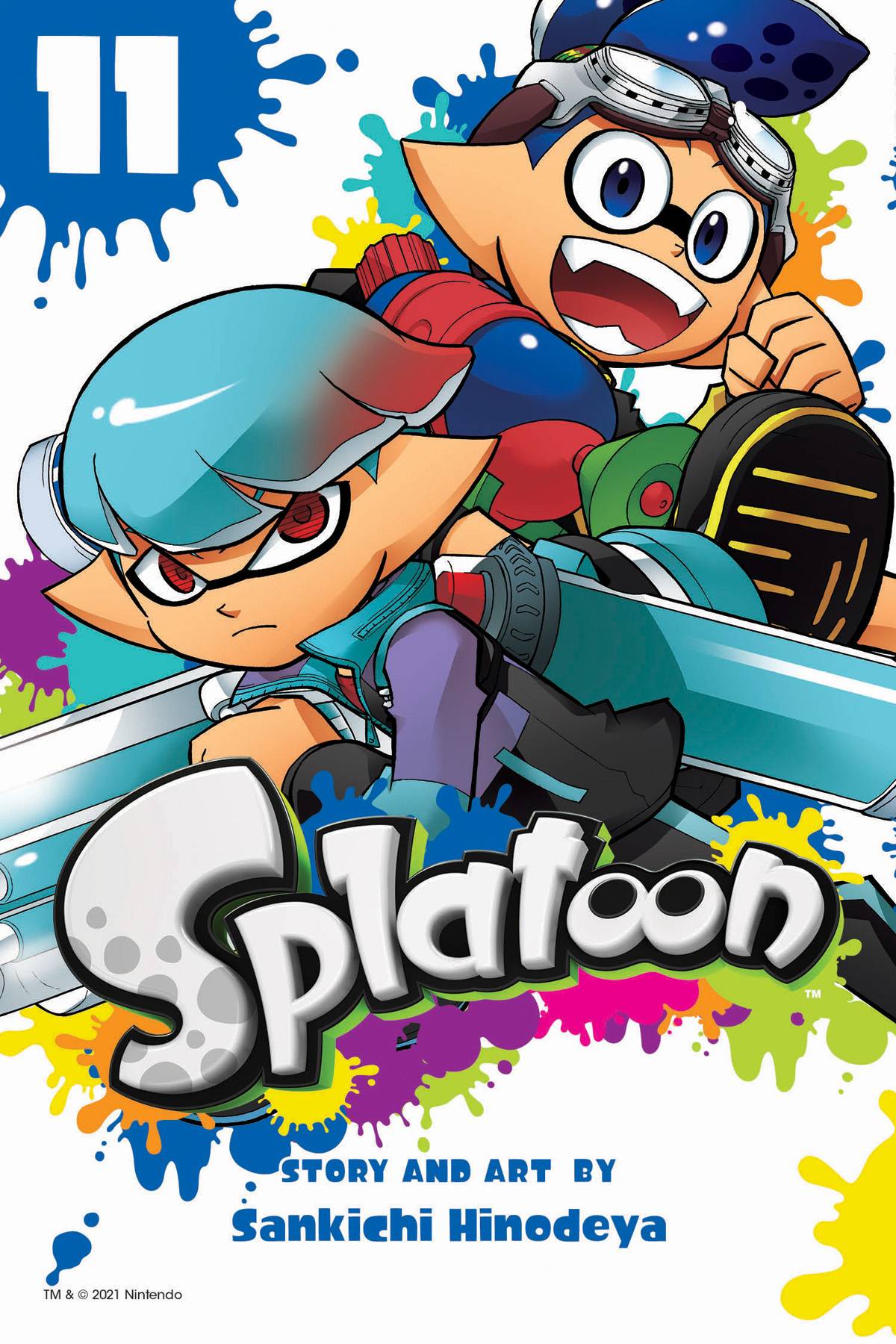 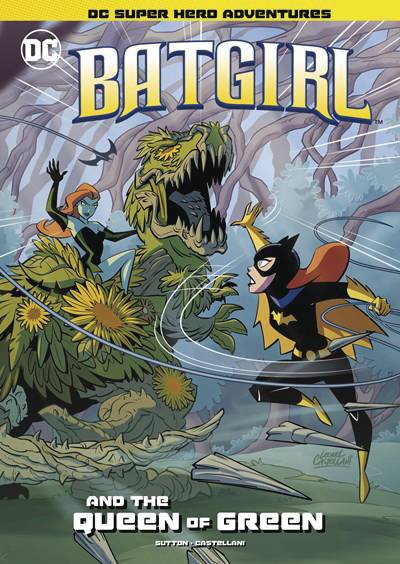 NOV201537
(W) Laurie S. Sutton (A) Leonel Castellani
Poison Ivy wants to protect the plants in Gotham City Park from climate change. Although that may sound like a noble plan, her solution actually seals off the entire park inside a giant, plant-based dome! With helpless citizens trapped inside, it's up to Batgirl to fight through the villain's fearsome flora. Can the hero stop the Queen of Green before her vile vegetation takes permanent root? Find out in this action-packed chapter book for DC Super Hero fans!
In Shops: Jan 06, 2021
SRP: $6.95
PREVIEWS Page #300