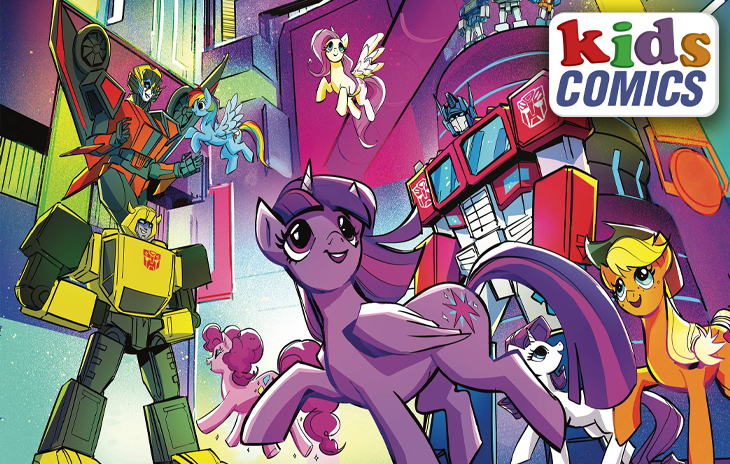 Each month, the PREVIEWS catalog is filled with kid friendly titles, perfect for kids of all ages.

In the new February PREVIEWS you can look for young reader comics like My Little Pony Transformers II #1, Chibi Usagi GN, Marvel Action Classics #3, and more! To see all the kids comics and books available to pre-order now download our February Kids Comics Order Form.

Take a look at just some of the featured kids comics below and make sure to pre-order any favorites at your local comic shop! 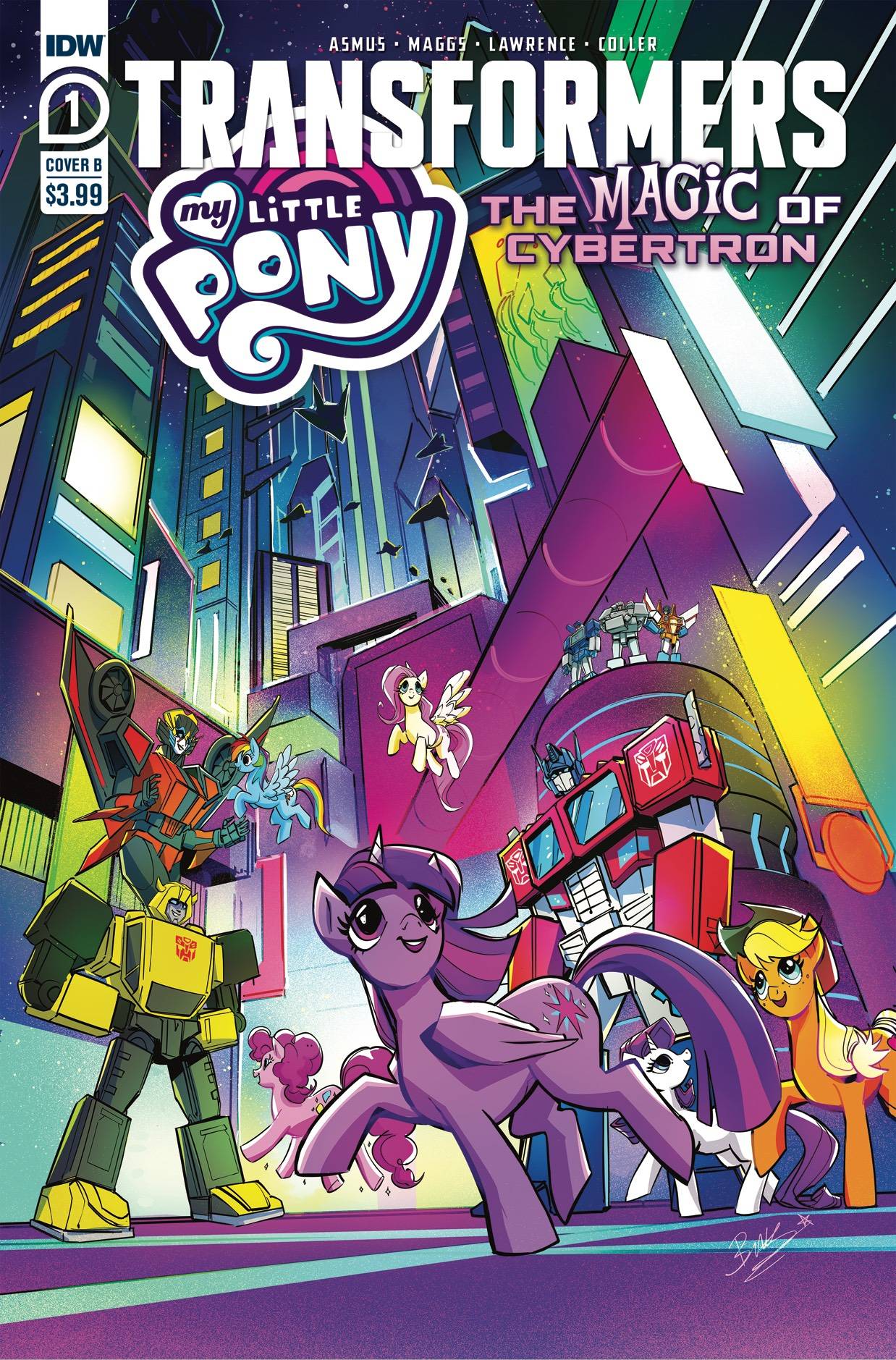 FEB210438
(W) James Asmus, Sam Maggs (A) Jack Lawrence, Casey Coller (CA) Bethany McGuire-Smith
While using a modified Space Bridge to bring magic to Cybertron, the Decepticons end up unleashing a more powerful evil from Equestria than they ever could've imagined-looks like the only way out of this one is to team up! More ponies, more bots, and more magical mayhem as two worlds collide in the return of this hit crossover event!
In Shops: Apr 07, 2021
SRP: $3.99
PREVIEWS Page #113
CHIBI USAGI ATTACK OF HEEBIE CHIBIS GN
IDW PUBLISHING Stan Sakai's beloved rabbit samurai has won countless fans (and awards!) over his 35-year history, thanks to a clever blend of thrilling action, heartwarming characters, and a realistic portrayal of Japanese culture. Chibi-Usagi brings these fun and thoughtful stories to middle-grade readers as an original graphic novel packed with adorable art and captivating energy.

While fishing for freshwater eels, Chibi-Usagi, Tomoe, and Gen rescue a Dogu, a clay creature from Japan's prehistory. The Dogu's village has been enslaved by the Salamander King and his Heebie-Chibi minions and forced to work in their mines. Chibi-Usagi and his friends must rescue the Dogu people and eliminate the threat of the Salamander King forever in this feature-length story of adventure, humor, and slippery eels.
In Shops: Jun 22, 2021
SRP: $12.99
PREVIEWS Page #110
MARVEL ACTION CLASSICS SPIDER-MAN #3
IDW PUBLISHING 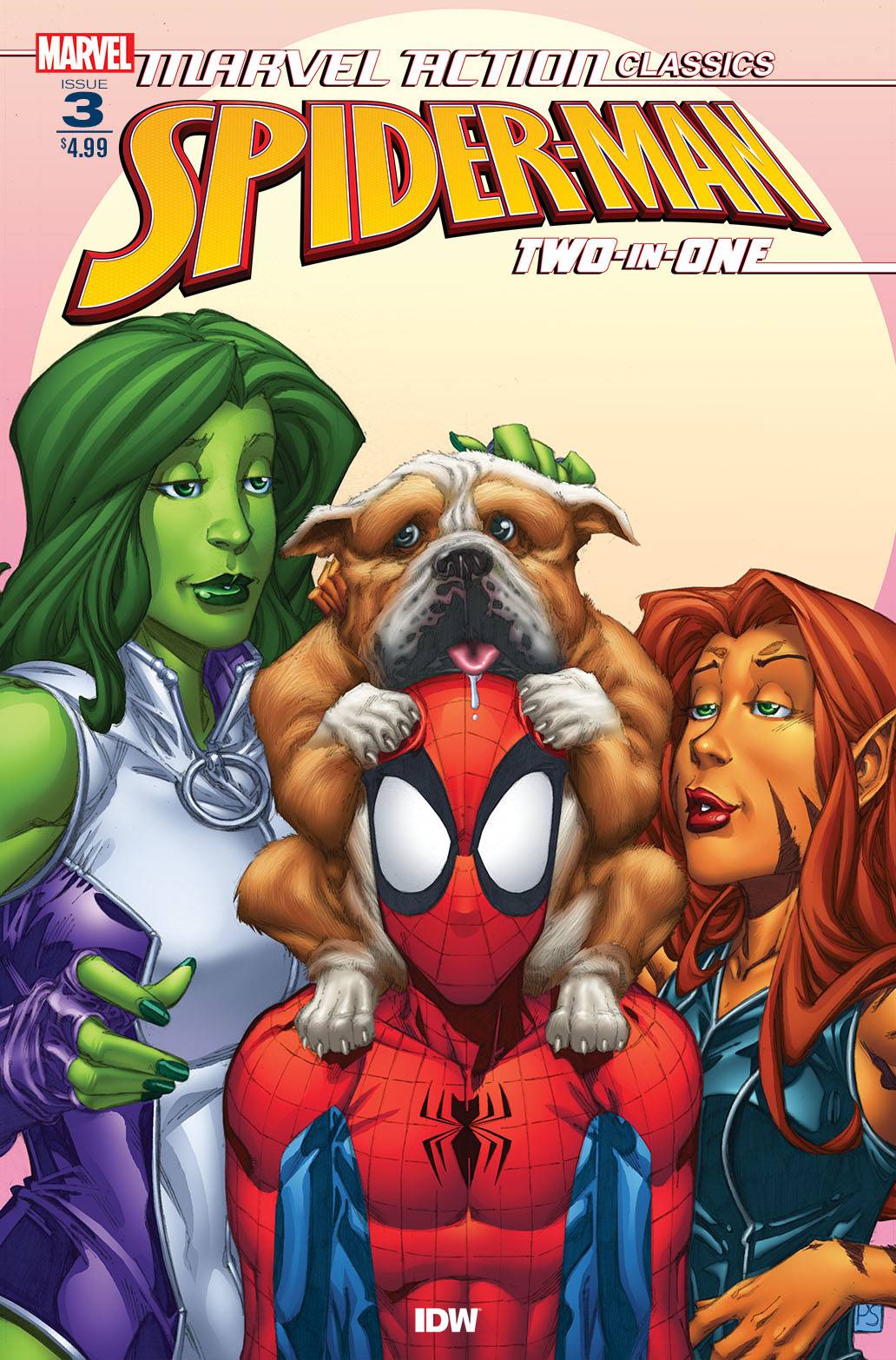 FEB210456
(W) Paul Tobin, Todd DeZago (A) Marcelo DiChiara, Lou Kang (CA) Patrick Scherberger
Two classic Spider-Man tales, pulled from the legendary Vault of Heroes! First, Spider-Man meets the living legend himself, Captain America as they come face-to-face with the Gray Gargoyle and A.I.M.! Then, the Leader builds a robotic bulldog to steal all of SHIELD's files, and it's up to She-Hulk, Spider-Man, and Tigra to stop him!
In Shops: May 05, 2021
SRP: $4.99
PREVIEWS Page #120
SUMMER ADVENTURE FOR GROOT HC
MARVEL PRESS 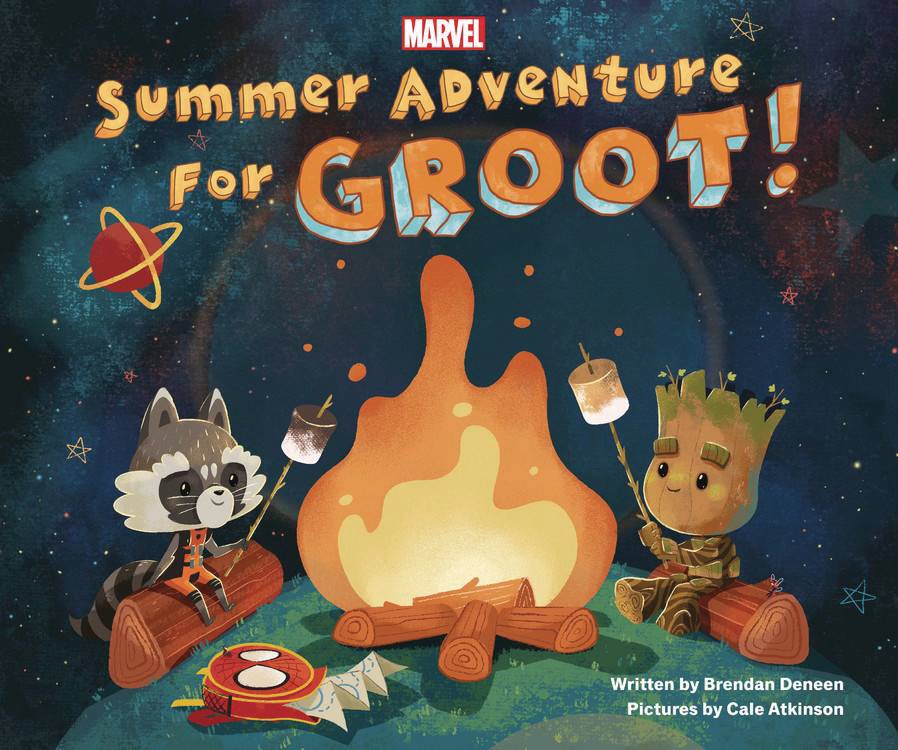 FEB211418
(W) Brendan Deneen (A) Cale Atkinson
It's finally summertime! The Guardians of the Galaxy are off on a trip to map the cosmos with plans to see as much as possible in one day. From surfing the waves of Zenn-La and riding a tandem bike on Morag to playing hide-and-seek in Asgard and enjoying a dazzling display of fireworks on Xandar, Rocket and Groot are determined to enjoy all the best activities that summer in space has to offer! Young readers will be inspired to create their own to-do list for the ultimate summer adventure.
In Shops: Apr 07, 2021
SRP: $12.99
PREVIEWS Page #287
MARVEL-VERSE GN TP LOKI
MARVEL COMICS FEB210702
(W) J. Michael Straczynski, More (A) John Romita, More (CA) Ozgur Yildirim
He's the most deceptive deity in the Marvel-Verse - whether he's playing the villain, the hero or just an agent of chaos! He's Loki - and these are some of his legendary stories! In an all-time classic, Loki pits his brother Thor against the Silver Surfer for a cosmic battle royale! Then, take a fresh view of the founding of the accursed Avengers through the eyes of the God of Lies responsible for assembling them! On the trail of a sinister sorcerer, Loki finds an unlikely ally in none other than Spider-Man - and ends up in the web-slinger's debt! And when the rejuvenated Trickster turns over a new leaf, Kid Loki will learn exactly what his fellow Asgardians think of him! Collecting AMAZING SPIDER-MAN (1999) #503-504, JOURNEY INTO MYSTERY (2011) #626.1, and material from AVENGERS (1963) #300 and SILVER SURFER (1968) #4. 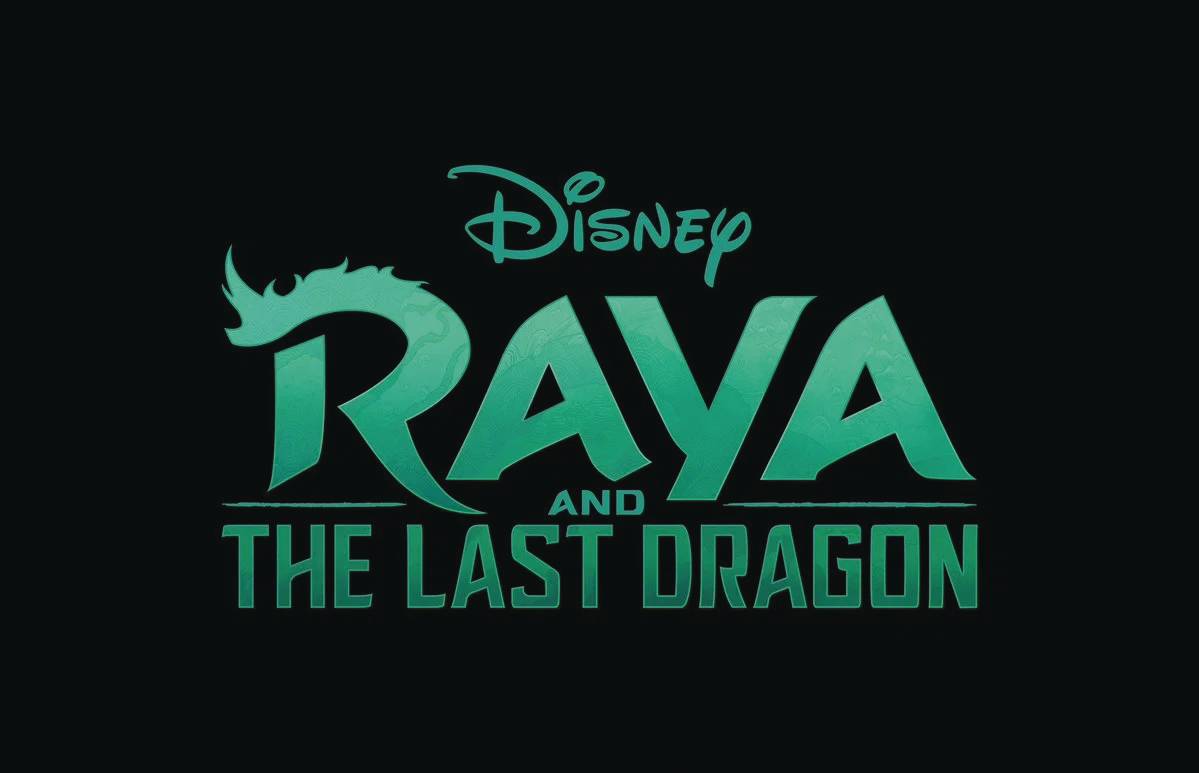 FEB211475
Walt Disney Animation Studios' fantasy-action-adventure, Raya and the Last Dragon, introduces Raya, a lone warrior from the fantasy kingdom of Kumandra who teams up with a crew of misfits in her quest to find the last dragon and bring light and unity back to their world. Awkwafina lends her voice to Sisu, the last dragon, who was left in case dark forces return to the world. Exploring themes of community and hope, and inspired by the beautiful and diverse cultures of Southeast Asia, this hardcover graphic novel retells the film's exciting story with full-color illustrations.
In Shops: Apr 28, 2021
SRP: $12.99
PREVIEWS Page #299
UNIKORN #1
SCOUT COMICS - SCOOT 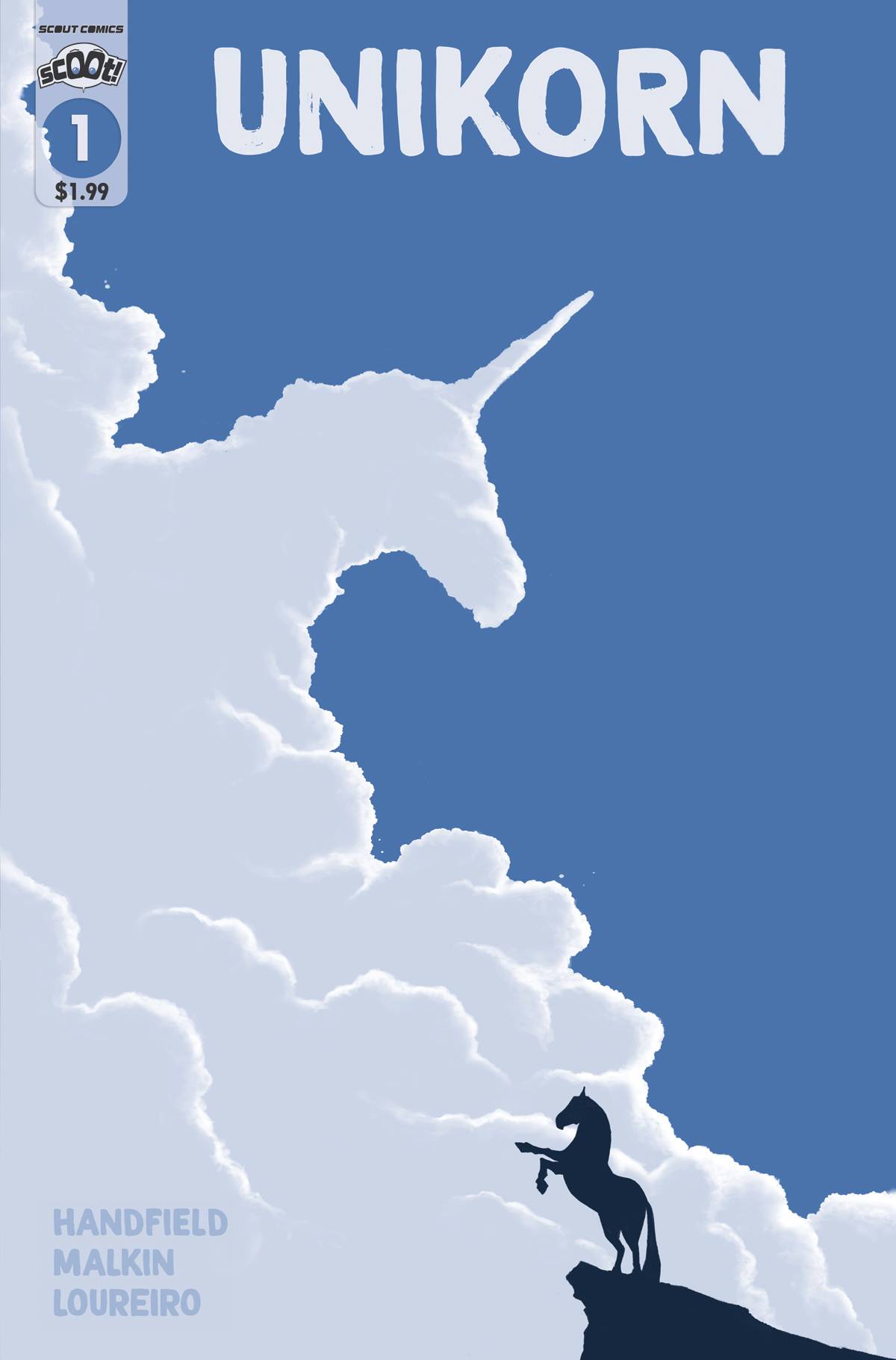 FEB211502
(W) Don Handfield, Joshua Malkin (A) Rafael Loureiro
Scoot Imprint. Mae Everhart inherits an old horse from her long lost mother, only to discover a strange nub on the horse's forehead hidden beneath a fly bonnet. Searching for answers, Mae explores her mom's abandoned veterinary office and finds a secret book her mother hid just for her, its title... Unikorn Guide! Join Mae and Percy on a journey of healing in Unikorn. Enjoy the first issue of this NON-STOP! title followed by the entire story collected soon after in one volume.
In Shops: Apr 21, 2021
SRP: $1.99
PREVIEWS Page #303
ADV OF BYRON WAR OF ROTISSERIE ONE SHOT
SCOUT COMICS - SCOOT FEB211501
(W) Chris Hamer, Quenton Brodnak (A) Chris Hamer
Scoot Imprint. Byron is back! The popular Adventures of Byron series returns with an all new tale! War rages between friends, can Chicken, Celebrities, and a matchmaking app bring them back together? Find out in this one shot issue, War of the Rotisserie. The Adventures of Byron are all-ages, self-contained stories starring Byron, Oswald, and Paxton, three monsters who rely on each other no matter how hairbrained their schemes become.
In Shops: Apr 28, 2021
SRP: $3.99
PREVIEWS Page #302
WILDFLOWERS HC GN
TOON BOOKS 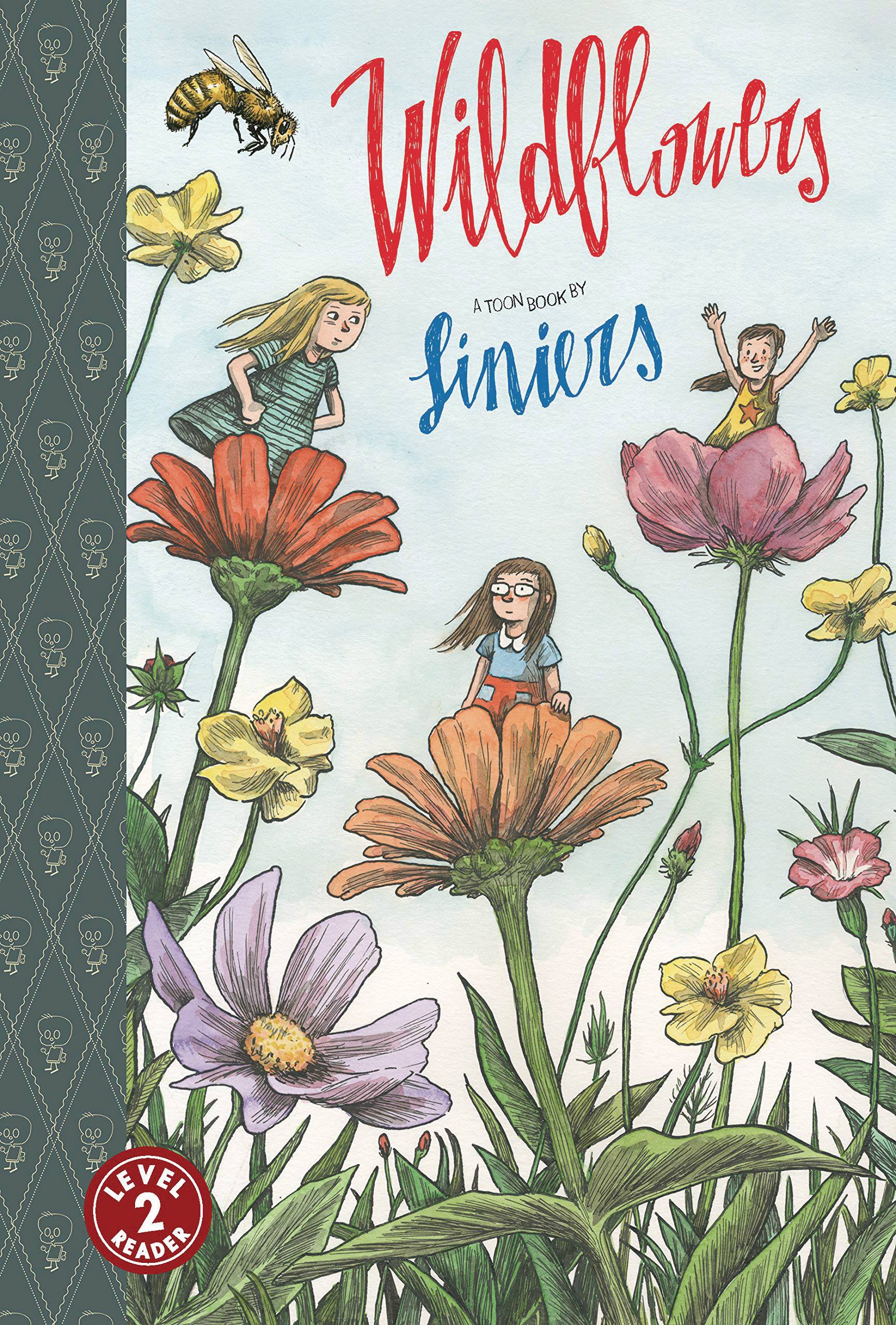 FEB211577
(W) Ricardo Liniers (A/CA) Ricardo Liniers
A celebration of the magical bonds that unite children! When her two big sisters embark on an adventure to explore a mysterious island, the youngest one doesn't want to be left behind. What shines through from this funny story's gut-wrenchingly scary beginning ("There was a terrible plane crash!") to its sweet and satisfying ending is Liniers's admiration for the imaginative powers of childhood.
In Shops: Apr 07, 2021
SRP: $12.95
PREVIEWS Page #315
BUG BITES TP
SOURCE POINT PRESS 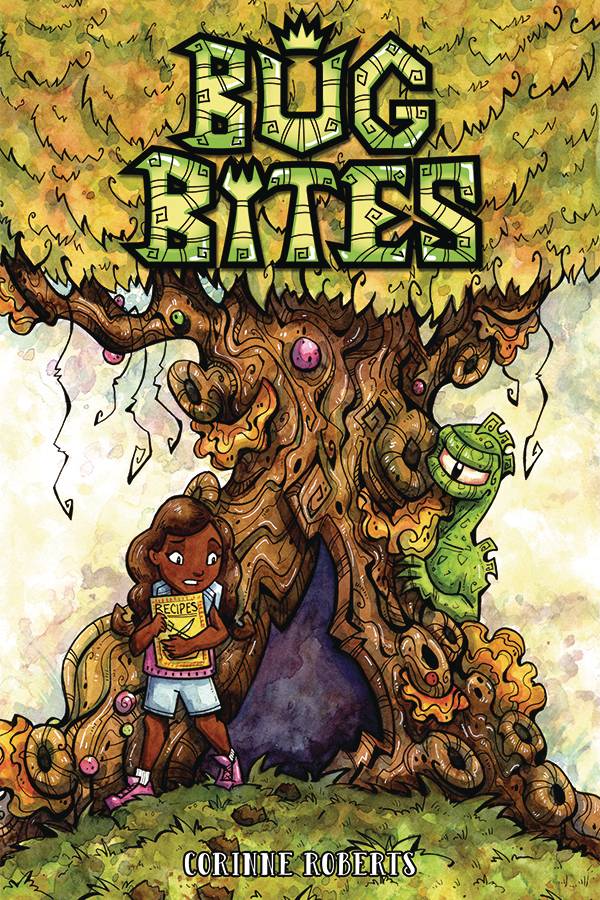 FEB211521
(W) Corinne Roberts (A) Corinne Roberts
Children have been going missing in a quiet, idyllic town. No one had an explanation, until Jolene found her grandmother's cookbook and the desire to find her new friend Peter, before it's too late! From the wonderfully weird mind of Corinne Roberts comes Bug Bites, a collected mini-series about the bug-eat-kid world existing beneath our feet!
In Shops: Apr 28, 2021
SRP: $9.99
PREVIEWS Page #305 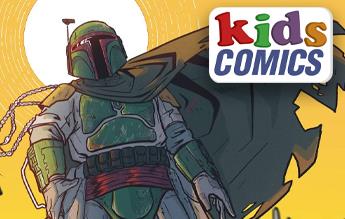 The March PREVIEWS catalog is full of fun comics for young readers. This month look for the next issue of My Little Pony Transformers II, Star Wars Adventures, Archie and Friends Superheroes, and more!

Interview: The Samnee Family Take on the Unpossible!
Jan 28, 2021